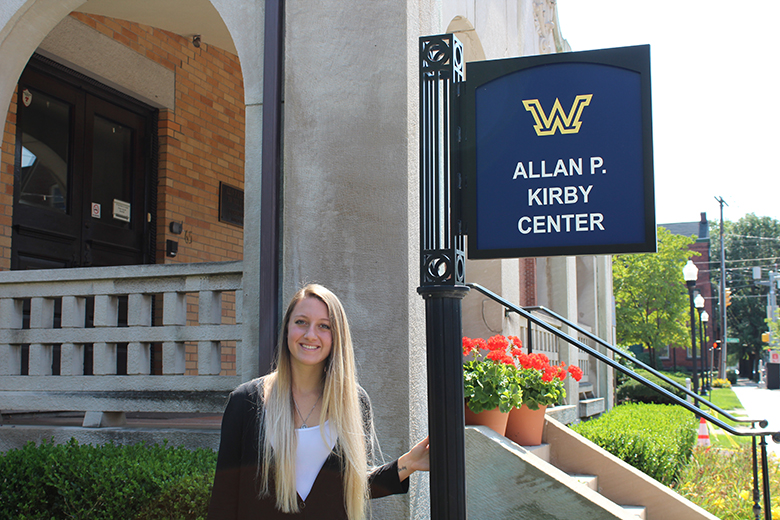 Wilkes MBA student Taylor Baker ’17 of Dallas, Pa., attended the European Innovation Academy this summer where her entrepreneurial team boasted a top ten finish. The business competition was held in Cascais, Portugal, and drew 500 entrepreneurial students from 70 different countries. The students worked in teams developing promising startup concepts, a business plan and a prototype — all in three weeks. 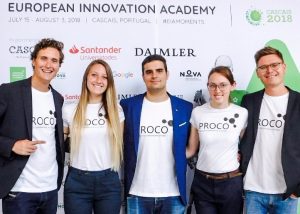 “(Proco) is a multi-sided platform that brings together students, universities and companies to work on project cooperation so students can gain real-world experience that is embedded in their course curriculum while companies cut down on cost and time it takes to acquire adequate tech talent,” Baker explained. Baker served as the CEO for the team at the academy, and now serves as advisor for the U.S. market as the project moves forward. She also is continuing to work as a graduate assistant for the Allan P. Kirby Center for Free Enterprise and Entrepreneurship at Wilkes, which encourages business growth in the region.

The idea for Proco was brought to the table by the two German students on the team who had developed it as part of their graduate thesis. The rest of the students saw the potential in the startup and wanted to join in on the ground-floor.

“Our mentors told us to start from scratch rather than with their research because it would give us a better team dynamic,” Baker said. “So, we restarted and just compared as we went along.”

As top 10 finishers from among of 100 teams, they were able to present their project on stage in front of investors. They won business mentoring from Dybaw Venture Capital, a Switzerland-based company that provides innovative advisory and investment services.

“We are taught in the MBA program to capitalize on diversity,” Baker said. “We were one of the few teams to last all 15 days, and we went through all four stages of team building; forming, norming, storming and performing. We hit all of them, but we came out on top because of it.”

In developing their concept, Baker and her teammates researched tech students or students in majors such as digital marketing or software engineering, and noticed that students across multiple countries don’t walk out of college with the experience needed.

“It takes 4.7 years, on average, for students to get a full-time job in the field that they desire unless they’ve already had some experience learning like in an internship,” Baker said. “For the company’s side of it, it takes about $25,000 and two months’-time to fill a tech position.”

They found that if they were able to embed company problems or recruitment information into student education, giving them actual experience, it will save the company time and money and also give students what they actually need.

Proco received 20 letters of intent signed by companies and universities around the world stating they were interested in the company.

The team’s mentors were Philippe Bahlburg, chief operating officer of Lab 1886 – The Incubator of Daimler AG, and Anand Kulkarni, chief scientist and founder of Stealth Mode Startup Company. Kulkarni was named to Forbes Top 30 Entrepreneurs Under 30. Bahlburg works with one of the world’s most successful automotive companies, the Daimler Group, which owns Mercedes-Benz and is one of the biggest producers of premium cars and the world’s largest manufacturer of commercial vehicles with a global reach. 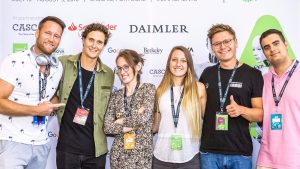 “We were able to learn from these superstars in their fields,” Baker said. “This and [working for] the Allan P. Kirby Center are probably the defining points in my career. I learned a lot in a way that pushed me to be better.”

The team is deciding how to advance their company and hopes to branch out from Portugal into the European Union and the United States. Baker is one year shy of obtaining her MBA at Wilkes and is going to continue to work in northeast Pennsylvania on economic development for the region.

“I want to see this company prosper and help students as much as it can,” she said. “I think a lot of people are frustrated with school because they end up paying all this money and they don’t get the experience or edge that they need to enter the workforce. I believe this is a way that can solve this for the universities and colleges that already haven’t done so.”

How do you want to be remembered?