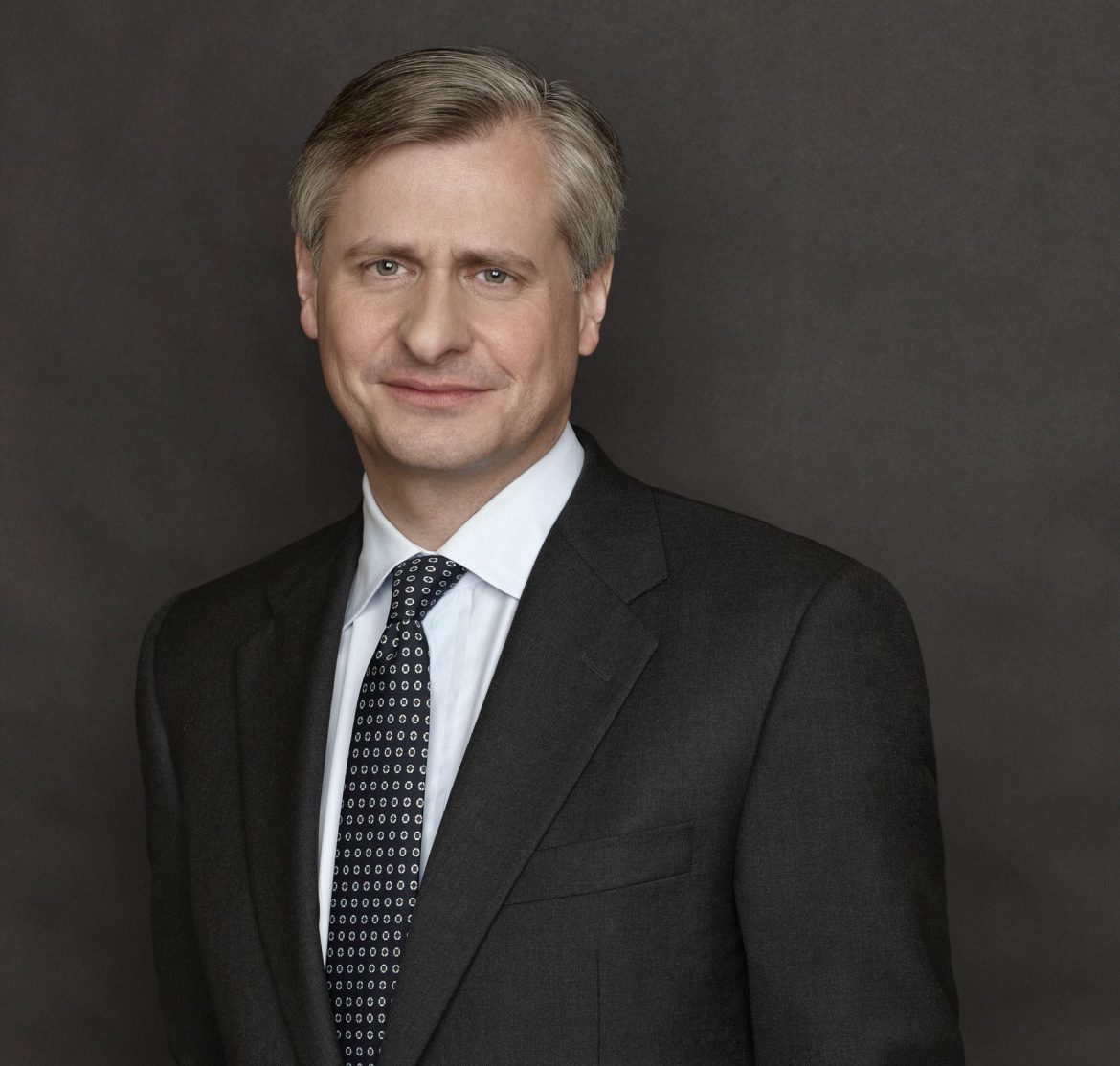 Presidential Historian and Pulitzer Prize-winning author Jon Meacham will deliver the Wilkes University Max Rosenn Lecture in Law and Humanities on Sunday, April 24, 2022. The lecture, “Hope Through History,” begins at 2:30 p.m. at the Dorothy Dickson Darte Center for the Performing Arts, 239 S. River St. in Wilkes-Barre. It is free and open to the public.

The event will mark the 40th anniversary of the lecture series, which would have been celebrated in 2020. A short documentary, filmed by members of the Rosenn family, will be played before the lecture.

Seats are expected to fill quickly. Attendees should register online at www.wilkes.edu/rosenn. For additional event information, contact Mildred Urban at 570-408-4330 or mildred.urban@wilkes.edu.

A contributor to TIME and The New York Times Book Review, Meacham is a highly sought-after commentator, regularly appearing on CNN and other news outlets. In August 2020, he released another New York Times bestseller, “His Truth Is Marching On: John Lewis and the Power of Hope” — the highly anticipated intimate and revealing portrait of civil rights icon and longtime U.S. congressman John Lewis.

Known as a skilled orator with a depth of knowledge about politics, religion and current affairs, Meacham brings historical context to the issues and events impacting the daily lives to audiences of all backgrounds.

His New York Times bestseller, “Songs of America,” is a celebration of the music that helped shape a nation. Co-written by musician Tim McGraw, “Songs of America” was praised as “a glorious celebration of our diversity” by Quincy Jones and an “unusually well-written and moving story” by Ken Burns. His number one New York Times bestseller, “The Soul of America: The Battle for Our Better Angels,” examines the present moment in American politics and life by looking back at critical times in U.S. history when hope overcame division and fear. Meacham is a co-author of the book, “Impeachment: An American History,” which reveals the complicated motives behind the three impeachments in U.S. history.

Meacham’s Presidential biography, “Destiny and Power: The American Odyssey of George Herbert Walker Bush,” debuted at number one on the New York Times bestsellers list. The Times said, “’Destiny and Power’ reflects the qualities of both subject and biographer: judicious, balanced, deliberative, with a deep appreciation of history and the personalities who shape it.” Meacham delivered eulogies for both President George H.W. Bush and First Lady Barbara Bush.

Meacham’s number one New York Times bestseller, “Thomas Jefferson: The Art of Power,” was hailed as “masterful and intimate” by Fortune magazine. His other national bestsellers include “Franklin and Winston,” “American Gospel” and “American Lion: Andrew Jackson in the White House,” which won the Pulitzer Prize in 2009.

A contributing editor at TIME, Meacham writes for the magazine’s “Ideas” section. He also pens “The Long View” column in The New York Times Book Review in which he “looks back at books that speak to our current historical and cultural moment.” He served as Newsweek’s managing editor from 1998 to 2006 and editor from 2006 to 2010. The New York Times called him “one of the most influential editors in the news magazine business.”

Meacham is a frequent guest on Morning Joe, Real Time with Bill Maher, The 11th Hour and was featured in Ken Burns’ documentary series “The Roosevelts: An Intimate History.” Fox News produced an hour-long special about Meacham’s “Destiny and Power” in November 2015.

Named a “Global Leader for Tomorrow” by the World Economic Forum, he is a member of the Council on Foreign Relations, a fellow of the Society of American Historians and chairs the National Advisory Board of the John C. Danforth Center on Religion and Politics at Washington University. Meacham is a Distinguished Visiting Professor of History at The University of the South and a Visiting Distinguished Professor at Vanderbilt. He is currently at work on a biography of James and Dolley Madison.

The Max Rosenn Lecture in Law and Humanities was established at Wilkes University in 1980 in recognition of Judge Rosenn’s exceptional contributions to public service. It was established by his former law clerks, his law firm, Rosenn, Jenkins & Greenwald, family and friends. Past speakers include Terry Gross, Kareem Abdul-Jabbar, Bryan Stevenson, Anna Deavere Smith, Anthony Lewis, Cory Booker and Bob Woodward.

Wilkes Hosts a Week of Science, Innovation and the Coolest Stuff on Campus