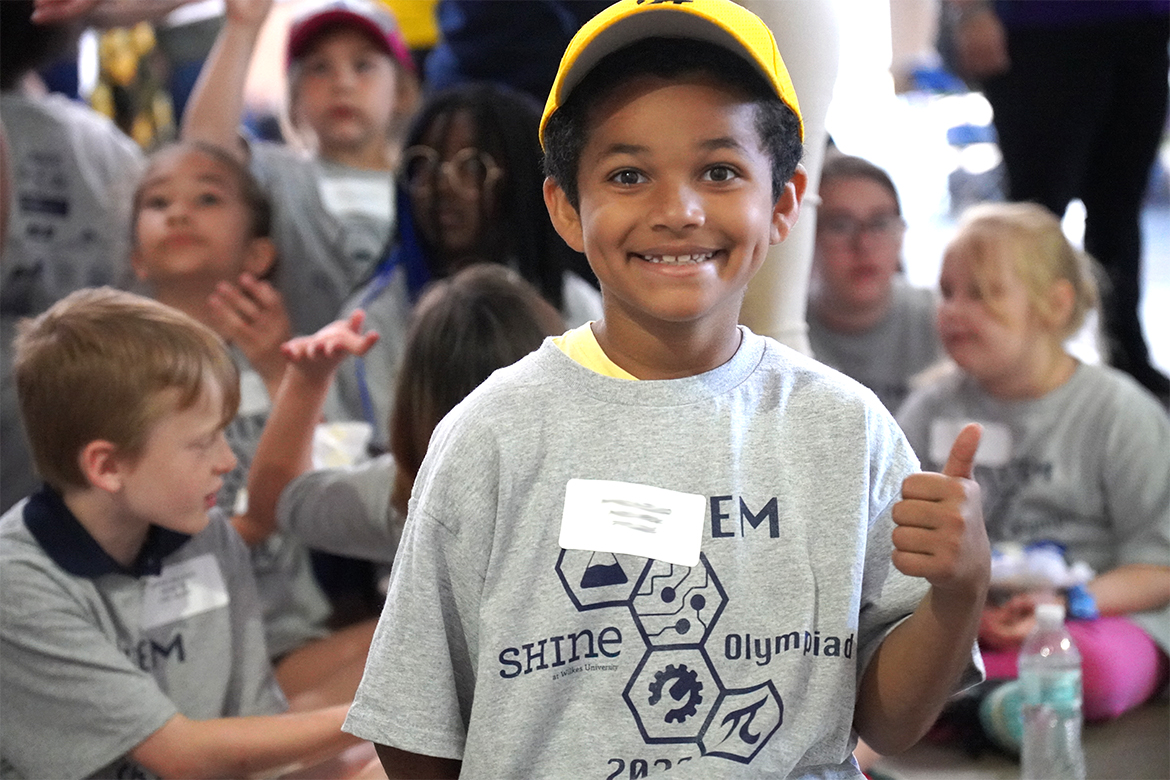 One of the students at the SHINE STEM Olympiad event on June 4, 2022.

Students competed in challenges that included the Rain Gutter Regatta and Egg Drop Challenge at the STEM Olympiad on Saturday, June 4.

Students gathered and watched in wide-eyed anticipation—would the hard boiled egg, dropped from the second floor of the McHale Athletic Center, break when it hit the hard ground? Or would the device they engineered for the Egg Drop Challenge be successful in preventing cracks? There was only one way to find out. Bob Taylor, chair of the electrical engineering department at Wilkes, inspected each device after impact, and gave a hearty thumbs up if no cracks were found. And a great many of the devices were successful—thanks to the STEM lessons students have been learning all year in the SHINE After School Program.

Throughout the day, students in grades one through eight worked their way through the four STEM stations: the Rain Gutter Regatta, Egg Drop Challenge, Cricket Wicket Catapult, and See It/Build It. Points were tallied and students were awarded first, second and third prize in each challenge for both elementary and middle school divisions. Whether they placed or not, every student received a prize, and fun was had by all.

About SHINE of Luzerne County

December 16, 2022
This form needs Javascript to display, which your browser doesn't support. Sign up here instead