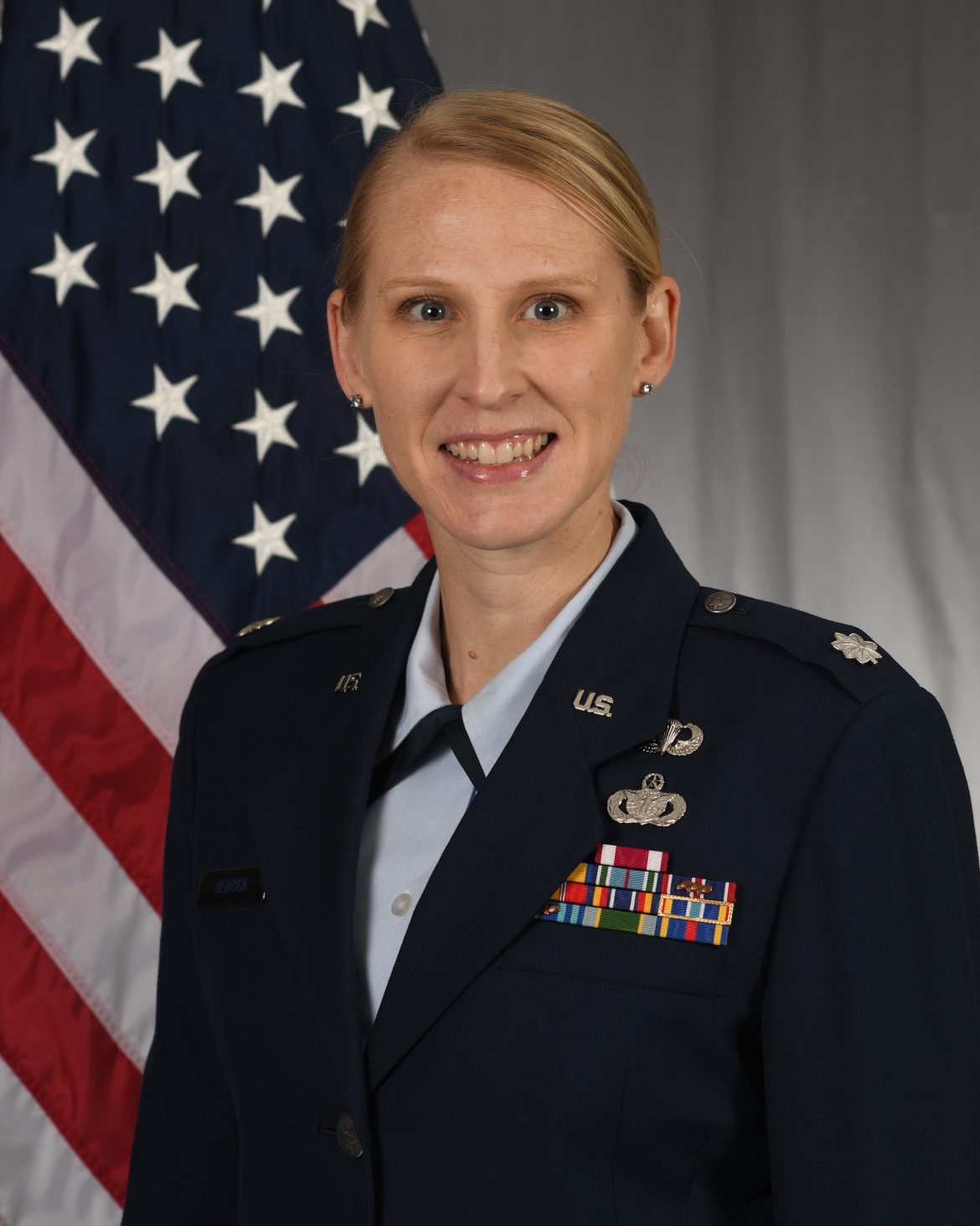 Lt. Col. Sarah L. Hedrick joined Wilkes this fall at the commander of the University’s ROTC Detachment 752. The detachment includes Wilkes students as well students from other colleges and universities in northeast Pennsylvania who are committed to serving the U.S. Air Force after graduation. In addition to her role as commander, she also serves as the Professor of Aerospace Studies and instructs AFROTC cadets on the Foundation of the United States Air Force, Leadership Studies, and National Security Affairs. Hedrick brings a wealth of experience to her role – including working as a special agent in the Air Force, where she was responsible for criminal and counterintelligence investigations related to the Air Force. Hedrick sat down with News@Wilkes and shared some interesting things about her interests, career and what led her to enter the military.

Where is “home” for you?

That’s always an interesting question for a military family.  I grew up in Tulsa, Oklahoma, and still call it “home.” However, thanks to the Air Force, I’ve spent over half my life living and working in Colorado, Germany, Virginia, California, England, and Florida. I now get to add Pennsylvania to the list!

Where did you attend college and what degrees and other formal training do you hold?

I graduated from the United States Air Force Academy in 2004, earning a Bachelor of Science in mathematics. My initial Air Force training included five months at the Federal Law Enforcement Training Center in Glynco, GA, where I earned the title of Special Agent with the Air Force Office of Special Investigations. The Air Force later sent me to the George Washington University, where I earned a Master of Science in Forensics Science, with a concentration in crime scene investigation.

What positions did you hold before joining Wilkes?

I am a Special Agent with the Air Force, so my primary duties have been criminal and counterintelligence investigations into matters affecting Air Force personnel and resources.  Two assignments ago, I was responsible for coordinating federal government assets to support civil search and rescue missions, from lost hikers, to catastrophic natural disasters.  It was always rewarding to see a search and rescue mission end with the happy reunion of the lost party with their loved ones.  My last assignment was as the commander of a unit responsible for the executive protection of senior Defense Department officials and their visiting foreign counterparts.  An added benefit to that position was the proximity to senior officials, getting a glimpse at how our Defense Department collaborates with other federal agencies and foreign governments in the interest of National Security.

What led you to choose a career in the Air Force?

Curiosity, a challenge, free school, adventure, and stability. I became curious about the Air Force when a high school friend mentioned his interest in the military academies. I was not from a military family, and I honestly knew nothing about a military career. I asked my guidance counselor about what it would mean to attend the Air Force Academy. He told me it was rather difficult to get in, to not set my sights too high, and to focus on local/state schools with higher acceptance rates. That was all the challenge I needed, and I spent the next two years doing everything I could to make it to the Academy. Free undergraduate tuition was a major factor in my desire to attend the Academy, but the adventure of seeing the world and participating in exciting missions really sealed the deal for me. I went from a simple suburban life to traveling the world, meeting interesting people, working important missions, and serving something greater than myself. Finally, in these turbulent economic times, the Air Force has been a huge stabilizing factor. I am secure in my job, I have excellent health care, numerous education and professional development benefits, and a comfortable retirement plan. You’ll find that everyone has a different reason for serving in the military, and it often changes over time.

How do you describe your role as commander of the ROTC detachment at Wilkes?

I am here to lead a cadre of Air Force professionals in developing the next generation of Air Force leaders. We use classroom academics, hands-on leadership experience, and rigorous training programs to develop college students to become Second Lieutenants in the U.S. Air and Space Forces.

Right now I’m reading The Impossible State: North Korea, Past and Future, by Victor Cha. Having a perspective and understanding of the history of world leaders and political systems is important to understanding our role in National Security. I just finished Rising out of Hatred: The Awakening of a Former White Nationalist, by Eli Saslow. It tells the true story of a young white nationalist, destined to be the leader of an ideologically dangerous and often violent part of our society. Through the dedicated impact of his friends at college, he eventually realizes the lies wrapped up in white nationalism, and denounces his former life. It was tragic and inspiring at the same time.

People would be surprised to learn that I was assigned to write an essay in fifth grade about what I wanted to be when I grew up.  Knowing that I did not have any idea of what most adults did in their working lives each day, I chose to write about what I knew I did not want to be: a police officer or a military member.  And now I’m a Special Agent in the Air Force. Life sure does have a funny way of sorting out, and I wouldn’t change a thing.

If I have a free afternoon, you’ll find me enjoying the outdoors. I love hiking, running, cycling, and just soaking up nature. I’m really looking forward to skiing this winter. It’s been a decade since I’ve been near a ski slope, so it might take a few runs to get my legs under me!