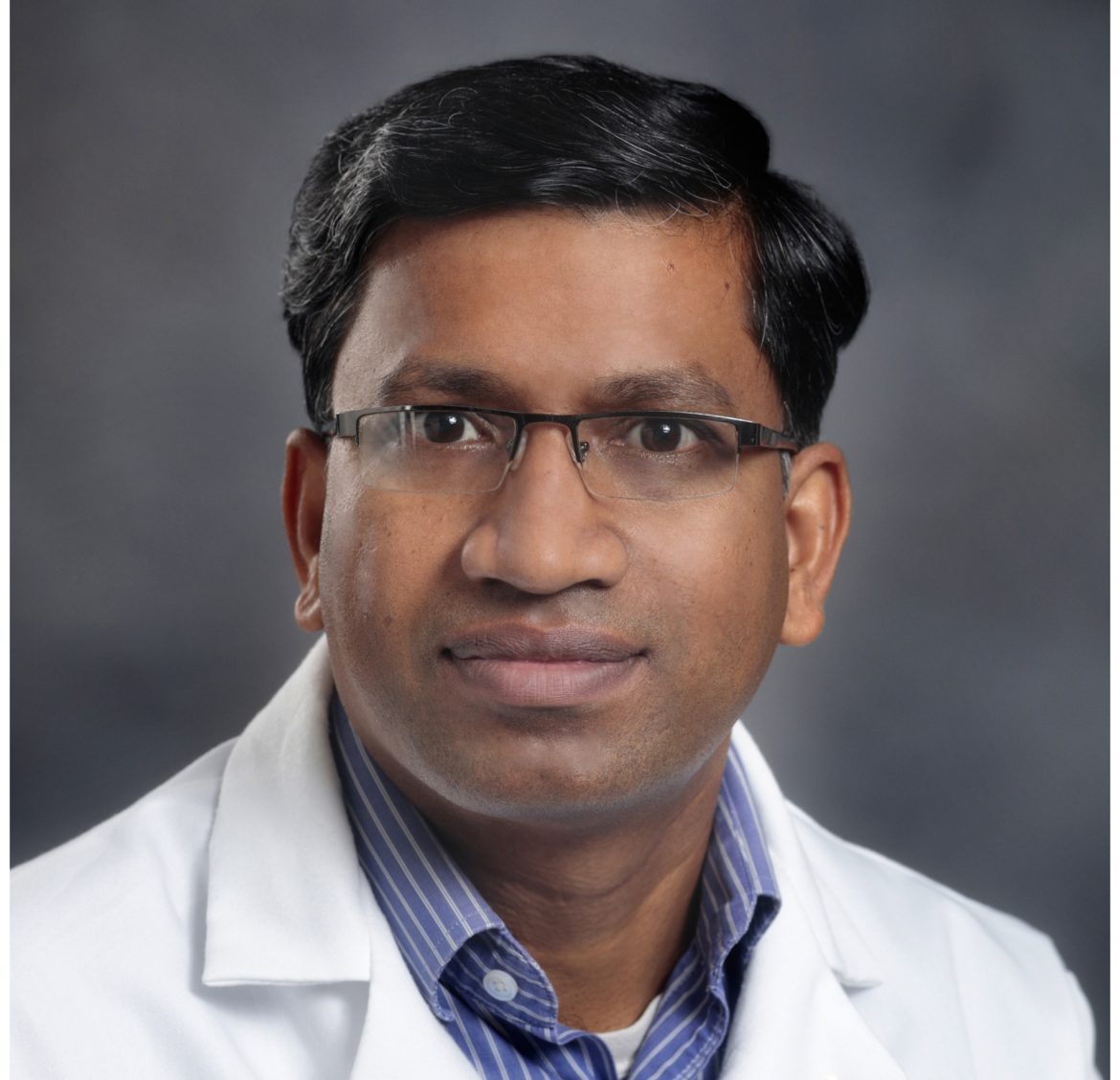 Ajay Bommareddy, associate professor of pharmaceutical sciences, received the Carpenter Award for Teaching. The award, considered Wilkes’ highest honor for teaching, recognizes an outstanding member of the faculty and includes a $1,000 award and a framed certificate. The awardee is nominated by his or her colleagues and must have been a full-time employee for at least three years.

In a nomination letter submitted by pharmacy student, Julia Firestine, Bommareddy was recognized for his excellence in mentoring students through hands-on research projects as well as his upbeat and inclusive teaching environment. Firestine writes, “His research has been heavily influenced and pioneered by students at Wilkes, and he will never turn someone down interested in expanding their horizons to research. Beyond these attributes, Dr. Bommareddy, is… an energetic, empathetic and inspiring professor.”

He received his PhD in 2007 from South Dakota State University with a specialization in pharmaceutical Sciences where his dissertation focused on investigating “chemopreventive properties of dietary flaxseed meal on colon tumor development” using cell culture and animal models.  He has authored and co-authored a variety of peer-reviewed research articles and book chapters and has presented papers at numerous conferences.

Bommareddy was also this year’s recipient of the Scholarship Award, given annually to a faculty member who demonstrates commendable success in the area of research and scholarly activity that influences Wilkes and its students. In 2017, Bommareddy was recognized by Wilkes with the 2017 Outstanding Advisor Award.