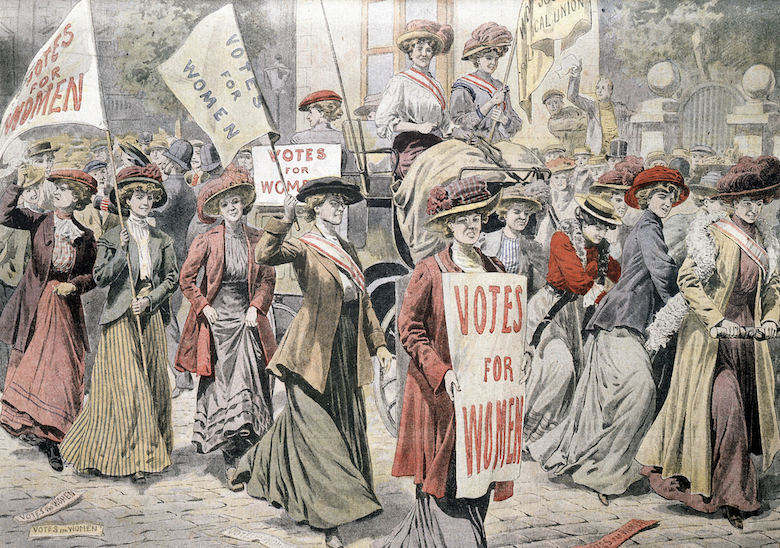 The Sordoni Art Gallery's "Year of the Vote" initiative celebrates the 100th anniversary of women achieving the right to vote. Events adapted to social distancing guidelines resume on Aug. 26.

Wilkes University’s Sordoni Art Gallery resumes programming for “Year of the Vote: Gender, Politics, and Power,” a year-long event celebrating and recognizing the 100-year anniversary of women receiving the right to vote. The series of monthly events launched in January 2020 and has been adapted to constraints posed by the pandemic. It returns Aug. 26 with an event marking Women’s Equality Day, which commemorates the passage of the 19th Amendment to the United States Constitution that provides equal rights to women including the right to vote. This event will be followed by lectures and other activities scheduled each month that have been adapted to parameters for socially distancing.

The following is a month-by-month schedule of activities:

Women’s Equality Day is celebrated annually on August 26 commemorating the passage of the 19th Amendment to the United States Constitution that provides equal rights to women including the right to vote. At Wilkes, a campus-wide intervention will mark the day. It will include installation of yard signs and posters, and faculty wearing t-shirts that state the ways that there are still gender disparities in the workplace. The items will be referenced on the Year of the Vote social media pages on Facebook, Instagram and Twitter that will provide a wider context to the statistics they see displayed all across campus.

Constitution Day recognizes the adoption of the United States Constitution and those who have become U.S. citizens. It is normally observed on September 17, the day in 1787 that delegates to the Constitutional Convention signed the document in Philadelphia. Constitution Day will be celebrated with a public reading on WCLH Radio (90.7 FM) of the Declaration of Sentiments, Frederick Douglas’s speech from Seneca Falls, and Sojourner Truth’s speech “On Woman’s Rights,” widely known as the “Ain’t I a Woman” speech. Activities that people can engage with will also be installed on campus.

The U.S. Constitution is silent on Amercians’ right to vote. It took decades of struggle and setbacks to pass a Constitutional amendment that impedes states’ ability to deny suffrage on the basis of sex. On Constitution Day, Wilkes University faculty will examine the history of suffrage. Amy Sopcak-Joseph, assistant professor of history, will discuss the historic events that led to the passage of the 19th Amendment. Andreea Maierean, assistant professor of political science, will compare women’s suffrage movements around the world and will conclude with a discussion of activism and voting rights in today’s world.

To join the lecture on Zoom, pre-registration by Wednesday, Sept. 16 is required.  Please email karley.stasko@wilkes.edu to secure your place.

The community is invited to join a Zoom roundtable discussion on the Women’s Suffrage Centennial. Participants will address questions on political equality and the fight against gender discrimination. To join the discussion on Zoom pre-registration is required by Friday, October 2. Please email karley.stasko@wilkes.edu to secure your place.

The group also continues to release a monthly podcast titled “In the Kisser,” featuring faculty members discussing women’s issues tying into each month’s theme. Involved professors include Lisa Reynolds, Mia Briceno. Ellen Newell, and Heather Sincavage. Kristen Rock of the Communication Studies department is producing the podcasts. The podcast will be released at the end of every month and will be available for streaming on wilkes.edu/yearofthevote.