Six Things You Didn’t Know About the Marching Colonels 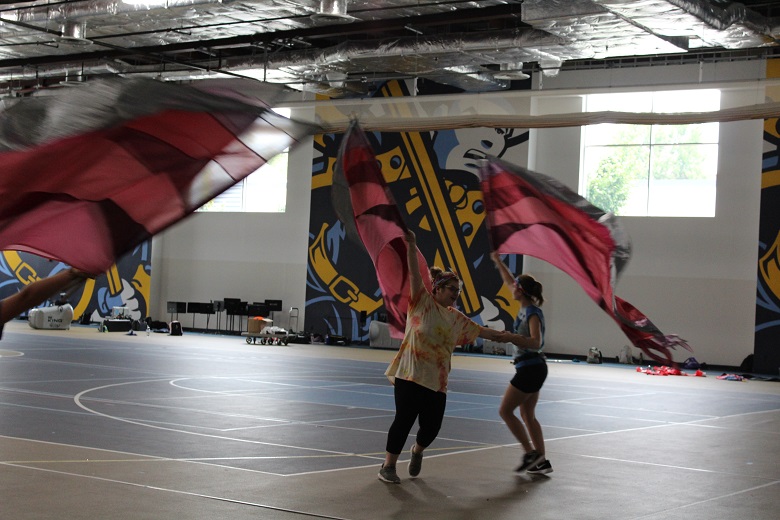 With less than a week before classes starting, one group of Wilkes students is already pulling long days. The Wilkes University Marching Colonels have spent the last week marching to the beat of their own drum, tuba and routine during band camp. But before they don their uniforms and perfect their half-time show, the band undergoes rigorous—but rewarding—practice. As the band enters its sixth season, here are six things you didn’t know about the Marching Colonels

New Direction. This year, the Marching Colonels will be directed by Mark Johnson. Johnson joins Wilkes in the fall 2019 semester as an assistant professor of music. Johnson earned a doctorate of musical arts in wind conducting at the University of Southern Mississippi. Prior to joining Wilkes, he was a graduate assistant at the University of Southern Mississippi, where he managed logistics for the 285-member Pride of Mississippi Marching Band and conducted several other university bands and ensembles.

45. That’s the total number of students involved in the band and color guard. Eight of those students serve as section leaders. When the season ends, many of the band members continue to perform. Students have the opportunity to perform with the pep band and the indoor color guard club. Each group competes in exhibitions and competitions.

12-hour days. Band camp began Thursday, Aug. 15 and concludes on Thursday, Aug. 22. Members moved into their dorms earlier than most, just to prepare for camp and the start of the sixth season of the Marching Colonels. But it isn’t just a practice or two—the camp begins at 9 a.m. and concludes at 9 p.m. daily—with exception of a Sunday morning rest and some half-day practices to make time for uniform fittings. Students also receive lunch and dinner breaks so they can recharge before completing drills. All of the Marching Colonels begin and end their days together but break in the afternoon for individualized section practices.

Motown inspiration. The Marching Colonels have prepared an energetic performance list for their halftime shows. Creating a Motown-inspired set list, the group will perform arrangements from The Jackson 5, Alicia Keys, Michael Jackson and Bruno Mars.

Themed Days. To keep morale high during camp, the student leaders organized theme days to keep students energized. The day News@Wilkes stopped, students were outfitted in tie-dye outfits including t-shirts and bandanas. The week will conclude with a Wilkes pride theme.

Cross-Disciplinary. Members of the Marching Colonels belong to many majors including computer science, pharmacy, mechanical engineering, biology and psychology.

You can catch the Marching Colonels first performance on Sept. 14 when the Colonels take on Lebanon Valley College at 12 noon at Schmidt Stadium.

Summer 2019 at Wilkes By The Numbers