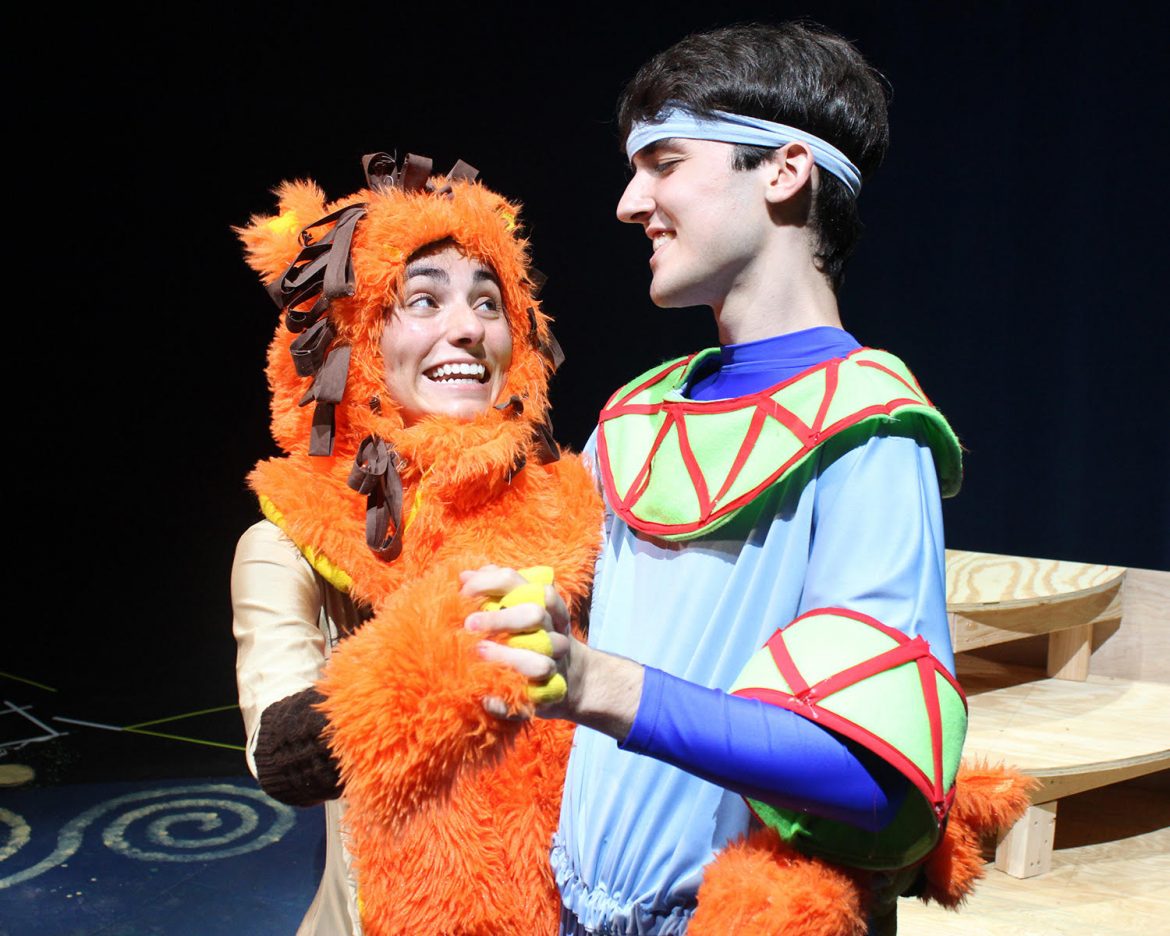 Olivia Schanbacher as the Lion and Jack Flynn as Androcles.

Wilkes University Theatre presents George Bernard Shaw’s “Androcles and the Lion” at 8 p.m. on Oct. 7, 8 and 9, and 2 p.m. on Oct. 9 and 10, at the Dorothy Dickson Darte Center for the Performing Arts, 239 South River Street, Wilkes-Barre, Pa.

Featuring a student cast under the direction of Joseph Dawson, associate professor of theatre, this classic retelling of a popular religious folktale presents the story of a meek tailor with the gift of talking to animals.

Androcles is a Christian, steadfast in his faith despite persecution, slavery and his scolding wife. While on the run from Roman soldiers, Androcles stumbles across a wounded lion. Rather than run, he removes a thorn from its paw.

Captured by the Romans, Androcles exemplifies Christian charity and piety. He is patient with the guards, protective of his friends and ready to sacrifice himself for his beliefs. When Androcles is sent into the arena to be eaten by a lion, he is greeted by an old friend.

“Androcles and the Lion,” a centuries-old tale recounted as an example of mercy—on behalf of man and lion—is a play for audiences young and old.

Tickets are $10 general admission, $5 for students and senior citizen and free for Wilkes students, faculty and staff. Parking, including handicapped-accessible options, will be available behind the Henry Student Center located at 84 West South Street, Wilkes-Barre.

January 1, 2023
This form needs Javascript to display, which your browser doesn't support. Sign up here instead