© Wilkes University 2021
Home Events Behind the Scenes: Some Things You May Not Know About Inauguration
EventsFeaturedNews Releases 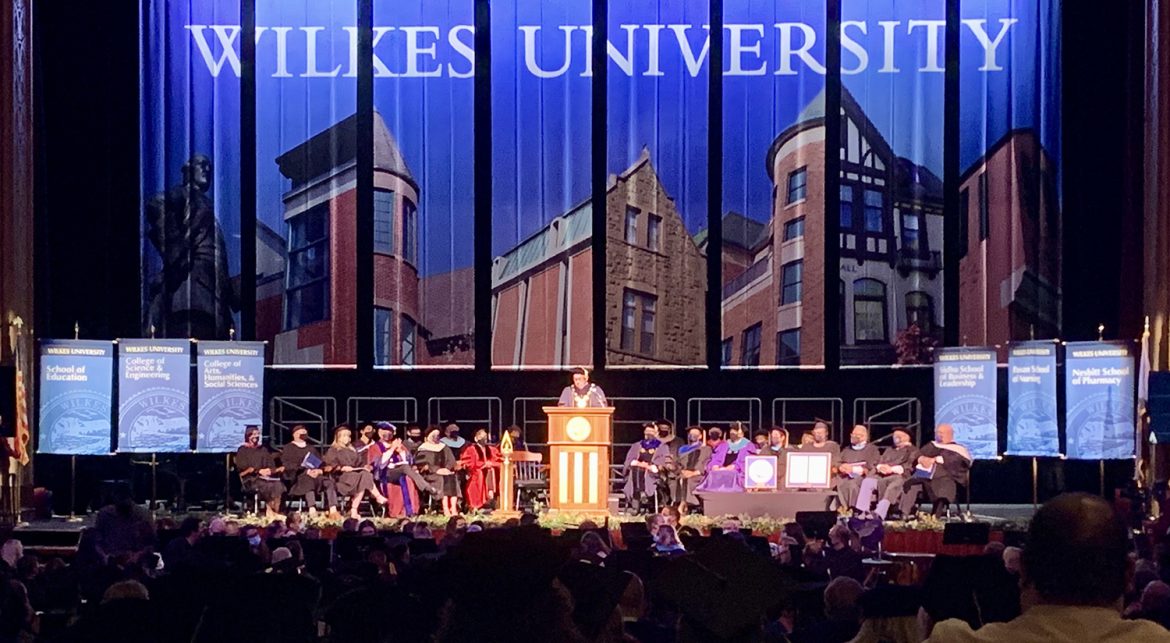 Friday, Oct. 1, 2021 was a key day in Wilkes history: Greg Cant, was officially inaugurated as the University’s seventh president. A week of unique events preceded the morning ceremony at the F.M. Kirby Center for Performing Arts and led into the traditions and festivities of Homecoming Weekend.

Cant, a native of Australia, was officially announced as the University’s next president on Dec. 12, 2019 and started in May 2020. Due to the pandemic, the inauguration was postponed until this fall. The ceremony on Oct. 1 celebrated the past, present and future of the University while paying homage to Cant’s Australian roots.

Below are some additional things you may not know about inauguration of Greg Cant, including surprises and special touches to celebrate the day.