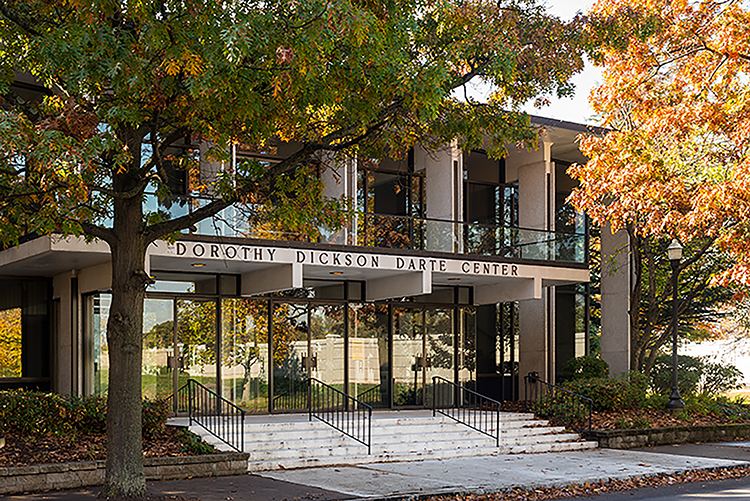 The Redevelopment Assistance Capital Program grant is the second largest in Wilkes history.

Wilkes University has received $2.5 million in funding from the Commonwealth of Pennsylvania that will allow for enhanced accessibility of the Dorothy Dickson Darte Center for the Performing Arts, its premier 478-seat theater.

Gov. Tom Wolf announced that Wilkes will receive the Redevelopment Assistance Capital Program (RACP) grant. The grant will be used to complete the first phase of what is envisioned as a multi-phase project to enhance the Dorothy Dickson Darte Center. These funds will specifically support the accessibility of the theater through newly installed ramps, an enhanced entrance, ADA seating and parking as well as improved lobby space and a new interior elevator.

Wilkes University President Greg Cant said that the grant will allow for more members of the greater Wilkes-Barre community to enjoy extraordinary programs, lectures and performances offered on the Wilkes campus.

“This funding will have a long-term positive impact on Wilkes University and the surrounding community and will better reflect our commitment to modern and inclusive facilities. This results in improved connectivity and accessibility that ultimately enhance the visitor experience,” said Cant. “We would like to thank Gov. Wolf and our entire legislative delegation including Sen. Marty Flynn, Sen. John Yudichak, Sen. Lisa Baker, Rep. Aaron Kaufer and Wilkes-Barre Mayor George Brown. We also want to recognize our proud alumnus and most ardent champion, Rep. Eddie Day Pashinski. Eddie spent much time in the Darte as a student and his support for Wilkes performances continues to this day.”

The Dorothy Dickson Darte Center sits on property that was gifted to the Wyoming Valley Society of the Arts and Sciences in the 1920s to be used expressly for the arts and culture for the citizens of the city and surrounding communities. After acquiring the site from the Society in 1956, Wilkes completed construction of the Darte Center in 1965. The 37,000-square foot building has classrooms, rehearsal space and dance studios, as well as a:

“As a University founded on providing educational access, creating a more accessible Darte Center has been one of our primary goals for the facility,” said Paul Riggs, dean of the College of Arts and Sciences at Wilkes. “It serves our mission perfectly because it enhances our students’ performance experience while allowing us to serve more people in the community through the arts.”

Four annual mainstage productions as well as black-box theatre performances from the Wilkes Division of Performing Arts are held each year. Wilkes civic and jazz band, comprising of students and members of the local community, also perform in the space, as does the Degnan Ballet Center and the Wilkes Conservatory.

The Darte is also home to a variety of nationally known speakers and thought leaders as part of the Wilkes Lecture Series that are free and open to the public. Those guests include Bryan Stevenson, Anna Deavere Smith, Jake Wood, Terry Jones, Steve Forbes, Bob Woodward and Norman Mailer. Each year, the Maslow Graduate Creative Writing Program hosts its reading series in the space, welcoming a variety of accomplished and award-winning writers, poets and playwrights to the Darte stage.

A timeframe for construction will be finalized during the 2022-23 academic year.