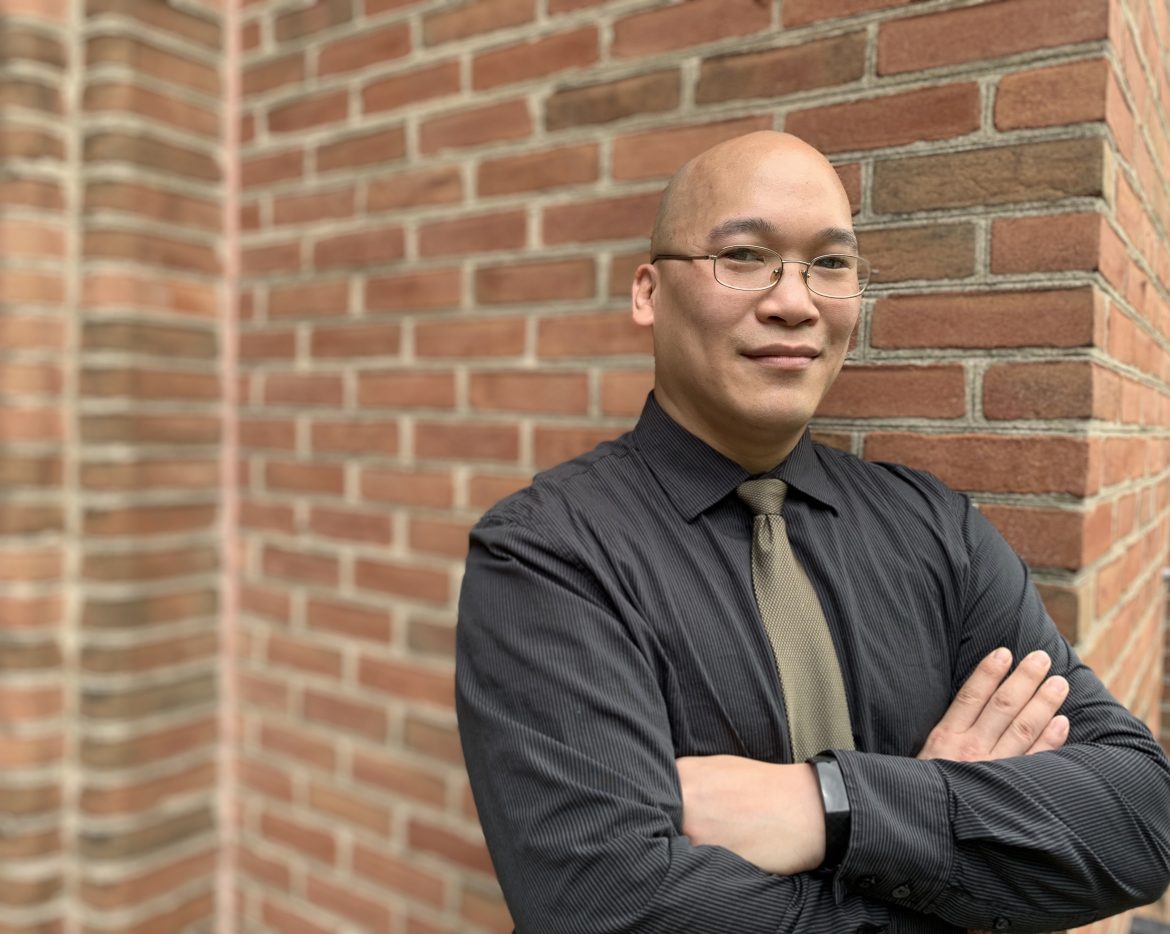 Young is the second Wilkes honoree in two consecutive years.

For the second consecutive year, a Wilkes University student-veteran has been recognized by G.I. Jobs magazine. Michael Young, Milford, Pa., has been honored with a 2021 Student Veteran Leadership Award from the publication. Young, a student in one of the University’s 4+1 programs, earned his Bachelor of Science in electrical engineering in May 2021. He is now in his final year of study, leading to the Master of Science in bioengineering.

Young is one of 25 student veterans nationally receiving the award. He is featured in the publication’s August issue.

In 2020, Justin Newcomer received the honor. Newcomer has since graduated from Wilkes with his bachelor’s degree in electrical engineering.

A U.S. Army veteran, Young was part of the 75th ranger regiment and went on to serve in the National Guard. He served as president of the Wilkes University Veterans Council during the 2020-21 academic year, organizing the Veterans Day ceremony. Due to the pandemic, the ceremony was held virtually. Young was instrumental in connecting veterans with University faculty and staff to hold the ceremony online.

Married and a father to three, Young commutes approximately an hour and a half each way to campus. He was attracted to Wilkes when he saw the university featured in G.I. Jobs magazine as a Yellow Ribbon school. The Yellow Ribbon Program allows Wilkes to cover post-9/11 veterans’ tuition expenses that exceed the highest public in-state undergraduate tuition rate. Wilkes can contribute up to 50 percent of those expenses, and VA will match the same amount as the institution.

Young’s interest piqued when he learned about the 4+1 program that would allow him to earn both his bachelor’s and master’s degree with just one additional year of study. His interest in the electrical engineering and bioengineering fields was driven by two things: helping injured veterans and identifying noninvasive ways to assist those with implanted devices.

“My senior project was a wireless charging device for implanted medical devices,” explains Young. “The goal in the bioengineering field is to find less invasive ways to help people live while dealing with medical issues. My son has some medical issues and his implanted device typically needs to be changed every three to seven years, which requires surgery. I wanted to think about a way to recharge his device without the surgical implications.”

“Michael is a deeply committed student and family person. I have been impressed with his drive for success, his perseverance and his strive for academic success,” said Robert Taylor, Wilkes chair of the engineering department, who Young cites as his academic mentor.

Above all, Young credits Veterans’ Counselor, Lt. Col. Mark Kaster for his success.

“Lt. Col. Kaster has been an integral part of many veterans’ experiences at Wilkes. He has been at Wilkes for 15 years and has been the veterans affairs representative and advisor to the Veterans Council for much of that time. He is always there for every one of our veterans, whether it’s a personal or academic issue,” explained Young. “During his time at Wilkes, Justin (Newcomer) was honored with this award and Wilkes had two Pat Tillman scholars. He’s part of veterans’ lives forever.”

Kaster cites Young’s ability to adapt to changes and lead during difficult circumstances. “Michael Young is a great example of veterans who come to Wilkes University and excel. He was elected president of the Wilkes Veterans Council at the beginning of the COVID shutdown.  He led the veterans during this difficult time with understanding, kindness and great leadership to find solutions to several challenges, overcoming adversity to lead the club to many successes.”

As to how Young feels about the recognition, he says, “It’s one of those things; it feels like you’re being thanked for doing something that you’re supposed to do.”

Everything from 3D to DNA Spells Fun for Wilkes Summer Campers