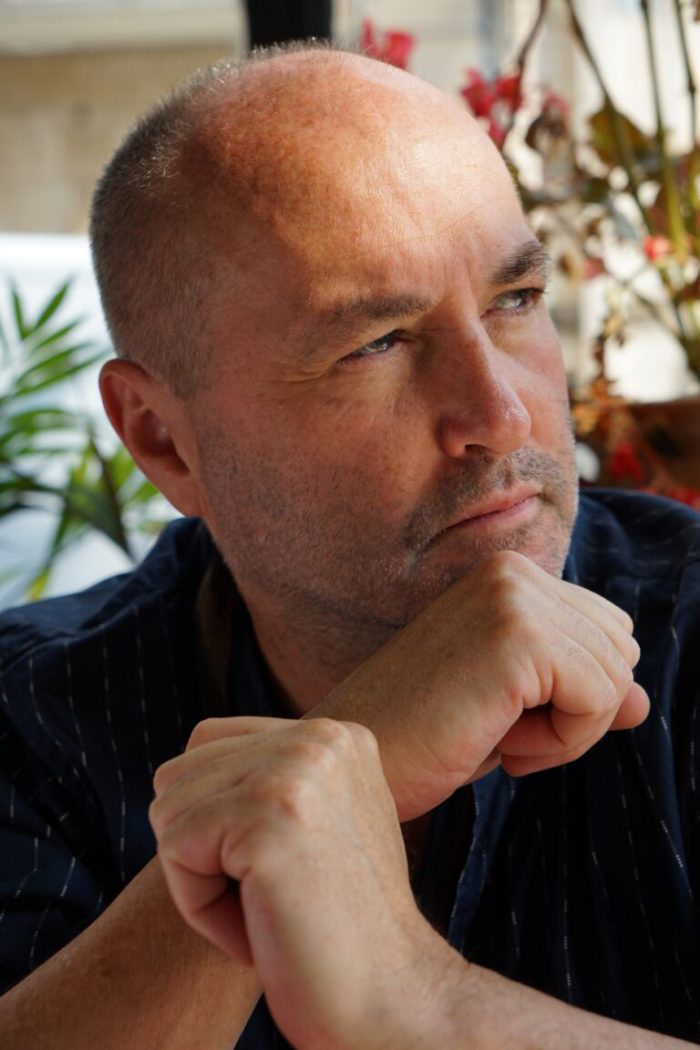 National Book Award-winning author Colum McCann will highlight LitFest, a week-long celebration of writers and writing, at Wilkes University. The new event is sponsored by the Maslow Family Graduate Program in Creative Writing, and is being held from June 20 to 24 as part of the program’s residency. Unless otherwise noted, locations for the events are outdoors on the University’s Fenner Quadrangle, with a rain location in the Dorothy Dickson Darte Center for the Performing Arts.

LitFest features a reading and book signing by McCann on Thursday, June 24 from 6:30 to 8 p.m. He will be joined by National Public Radio book critic Maureen Corrigan and memoirist Beverly Donofrio (“Riding in the Car with Boys”). The Thursday event also will feature food trucks and booths selling books from program publishing partners Etruscan Press, Books by Hippocampus, Kaylie Jones Books, and Northampton House Press. Barnes & Noble also will sell books by the guest readers and by program faculty and alumni.

The event also marks the program’s return to an in-person residency on the University campus after holding the June 2020 and January 2021 residencies virtually. David Hicks, director of the Maslow Family Graduate Creative Writing Program, says there are plans to make LitFest an annual event each June celebrating writing in the region.

“We are eager to share writers and their writing with the community. It seems especially appropriate to begin what we hope will become an annual tradition this year, as we emerge from the pandemic,” Hicks says. “We invite community members to join us and enjoy an evening of readings outdoors on the University’s lovely campus.”

All LitFest events are free and open to the public.

McCann is the award-winning author of seven novels and three collections of short stories. His most recent novel, “Apeirogon,” published in 2020, received rave reviews, including starred reviews from Kirkus, Publishers Weekly, Library Journal and Booklist.

McCann’s fiction has been published in over 40 languages and has appeared in The New Yorker, Esquire, Paris Review, Granta, The Atlantic Monthly, GQ, Tin House, Bomb among others. He has written for numerous publications including The New York Times, the Irish Times, the Irish Independent, Die Zeit, La Republicca, Paris Match, the Guardian, the Times and the Independent. McCann is the co-founder of the non-profit global story exchange organization, Narrative 4, and teaches in the M.F.A. program at Hunter College.  He lives in New York with his wife, Allison, and their family.

Corrigan is a book critic for NPR’s Fresh Air and is The Nicky and Jamie Grant Distinguished Professor of the Practice in Literary Criticism at Georgetown University. Corrigan is the author of two books: “So We Read On: How The Great Gatsby Came to Be and Why It Endures” and a memoir, “Leave Me Alone, I’m Reading!” Corrigan is also a reviewer and columnist for The Washington Post’s Book World and served as a juror for the 2012 Pulitzer Prize in Fiction.

Donofrio, dubbed a master memoirist by The Daily Beast, has published three memoirs: the New York Times bestseller, “Riding in Cars with Boys,” which was made into a popular movie; “Looking for Mary,” a Barnes and Noble Discover pick; and “Astonished,” called “astonishing,” by more than one reviewer. Her personal essays have appeared in the New York Times, Washington Post, Los Angeles Times, O, The Oprah Magazine, Cosmopolitan, Mademoiselle, Marie Clair, More, Allure, Spirituality and Health, The Village Voice, Huffington Post, Slate, as well as many anthologies. Her picture book, Mary and the Mouse, the Mouse and Mary, was named by Publishers Weekly one of “10 Children’s Books that Never Get Old.” Its sequel, Where’s Mommy? was chosen by The New York Times as one of the top ten children’s book of 2014. Her essays can be found in numerous anthologies, including “How Does That Make You Feel, True Confessions from Both Sides of the Therapy Couch,” published by Seal Press in 2016. She teaches memoir-writing workshops around the country and is currently at work on a memoir and a novel. She holds an M.F.A. in creative writing from Columbia University.

About the Maslow Family Graduate Program in Creative Writing
The mission of the Maslow Family Graduate Program in Creative Writing is to educate students in the craft, life, and business practices of seven areas of study — fiction, poetry, screenwriting, playwriting, creative nonfiction, publishing and spoken word — through a commitment to excellent mentorships, publishing opportunities, and industry-specific internships. The program offers a nationally recognized and widely reputed graduate creative writing program where students and faculty find the writing support, community, and market opportunities to become lifelong, productive, professional writers in all fields.

November 2, 2022
This form needs Javascript to display, which your browser doesn't support. Sign up here instead