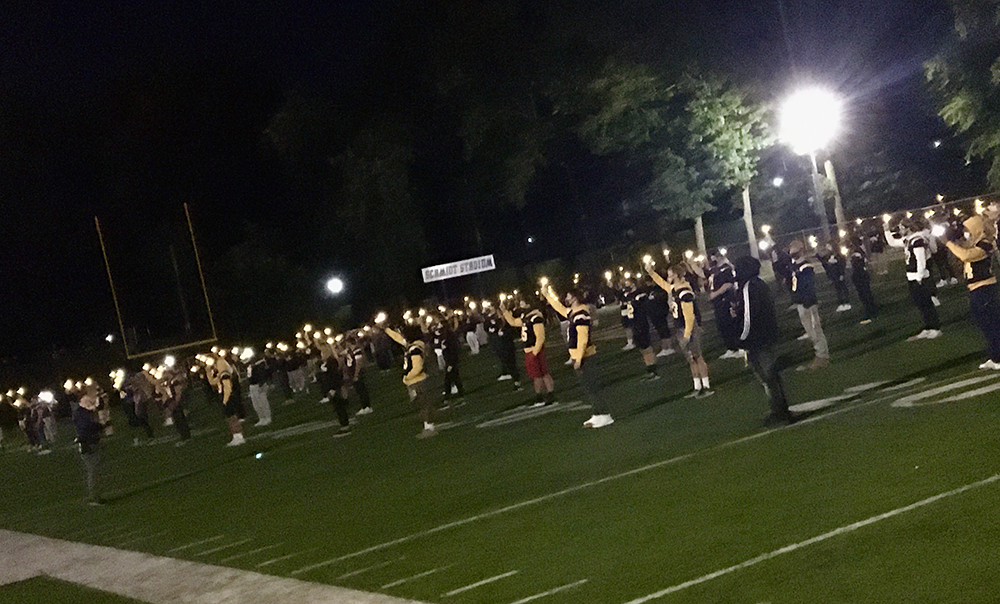 The killings of George Floyd, Breonna Taylor, Rayshard Brooks and Ahmaud Arbery rocked the nation and lead to honest conversations about how the nation can resolve racial divide. At Wilkes, it led to a semester of advocacy, peace and unity.

The most recent efforts kicked off in June with a virtual town hall meeting hosted by the Multicultural Student Coalition. More than 40 students, faculty and administrators convened on Zoom to begin a dialogue about race on campus. The event also  promoted a series of initiatives to raise awareness and educate the campus community. During the town hall, students talked about the challenges of being a Black student on a predominately white campus and about finding their place in the Wilkes community.

In September, a blanket of silence enveloped the Wilkes campus during a Black Lives Matter silent protest. Over 200 students, faculty and staff members held signs at various campus locations throughout the day to bring awareness to incidents of hatred and racially motivated violence. The event was organized by Wilkes seniors Brianna Rowland and Morgan Burton from the Multicultural Student Coalition who encouraged others to wear black in solidarity with the Black community and create their own posters of support.

Several weeks later, student-athletes held a candlelit vigil at the Ralston Athletic Complex. Organized by members of the football team in conjunction with Wilkes Office of Diversity Initiatives, the vigil balanced high participation with mandatory masks and social distancing. Remarks were delivered by students Morgan Burton and Richard Ermeus and by Sharee Clark, from the Freedom Fighters of Wilkes Barre. Vocal performances were given by Dr. Helen Davis and first-year student Kathrine Ermeus.  The ceremony concluded with eight minutes of candlelit silence.

All of this was after Wilkes’ board of trustees created the Racial Justice and Inclusion Fund. Created in response to the acts of racial violence, the fund creates opportunities on campus to promote awareness of social justice, equity, diversity and to fight acts of hatred. Planning continues on the best ways to use these funds amid the pandemic.

In his announcement of the fund to the Wilkes community, Board of Trustee chair, Bill Miller ‘81, wrote: “We all have a personal stake in these critical issues and, collectively, can change society through unity amidst diversity… Together as trustees, administrators, faculty, staff and students at Wilkes, we will be a force for good, supporting those who face injustice, discrimination and violence.”

To learn more about the Racial Justice and Inclusion Fund and all giving opportunities, click here.

Wilkes University Awarded $30,000 It’s On Us Grant For Fourth Year