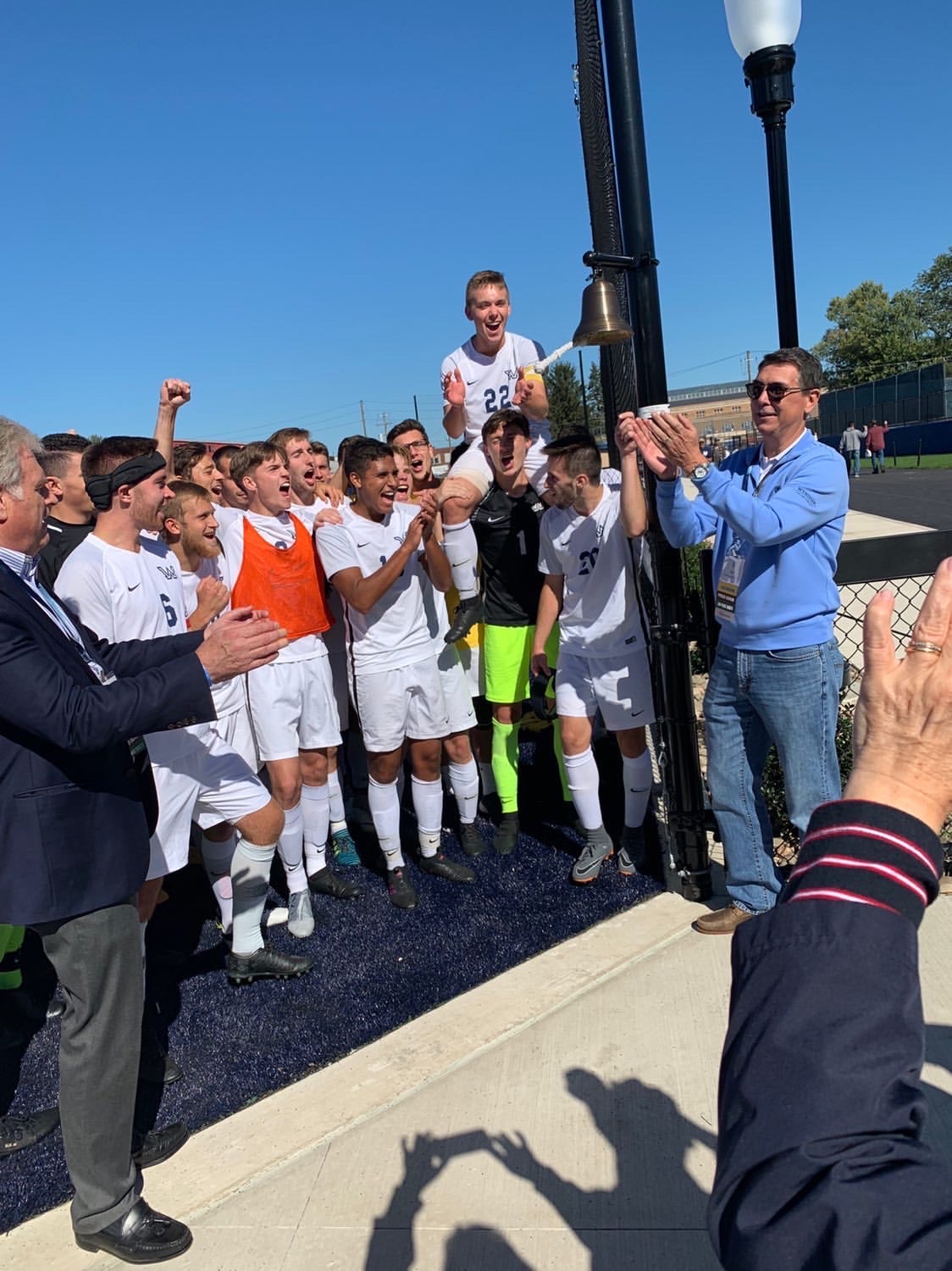 Wilkes University broke out the bells and whistles when it dedicated Bruggeworth Field at the Ralston Athletic Complex. The event took place on Saturday, Oct. 5 during the University’s homecoming weekend.

The project was made possible by a leadership gift from Bob Bruggeworth, class of 1983.   Bruggeworth, who majored in electrical engineering at Wilkes, is president and chief executive officer of Qorvo, a global communications chip maker headquartered in Greensboro, N.C. During his time at Wilkes, he played on the men’s soccer team as goalkeeper. He was awarded an honorary doctorate of business during the University’s spring commencement on May 18. He is establishing Bruggeworth Field in honor of his mother.

As part of the new field, a bell was installed for winning Colonel athletic teams to ring as a celebration of a game or match win.

Urban Water Infrastructure Is Topic of Kappe Lecture at Wilkes University on Oct. 30

This Type of Yoga is the GOAT