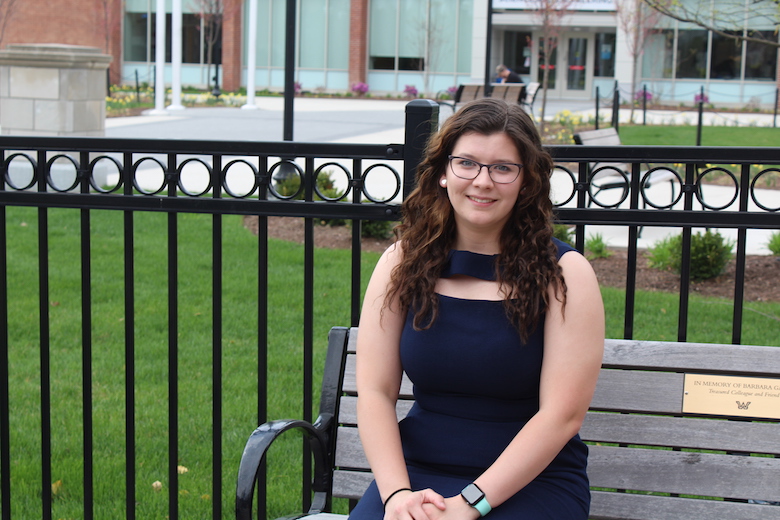 Wilkes University senior Alanah Guerrero is an advocate for patients as a nursing major and for students as the Student Government president. She’ll also be leading a new group of Colonels as the student orientation coordinator this summer.

The Frackville, Pa., resident is up for the task, noting that she’s been working towards her goals with others in mind. “I love Wilkes—my slogan was ‘For the love of Wilkes,’” she explains referencing her Student Government campaign. “I feel like by being involved in Student Government, I put my position before myself always. Being selfless, being an advocate for the students–that goes along with nursing and our patients. We need to listen to them and their needs, they are the priority,” she concludes.

Guerrero explains that her love of Wilkes stems from the excitement a peer had for the campus and the academic possibilities.  “A friend of mine (Michelle Gronski) wanted to come here for pharmacy so I said I would look into it because I was open to any possibilities,” she says. “But she had been talking about Wilkes forever. So as senior year approached, I came here for a visit and I met with a tour guide and an admissions counselor. They both made me feel so special.”

Now Guerrero is making campus a home away from home for others, serving as a resident assistant, the Student Government president and the student orientation coordinator. Keeping up with leadership responsibilities and nursing courses and clinicals fills her days. It’s all in keeping with her motto to “pay it forward.”

“It’s a lot, but it’s the most fulfilling opportunity you’ll have here on campus,” she says of her Student Government position.  As part of her plans for the upcoming academic year, Guerrero plans to increase promotion of the campus community, ranging from the arts to individual majors. She also hopes to bring the mentoring culture of the University back to the heart of Student Government. Hoping to “provide them with the best care,” Guerrero wants to help foster a mentoring relationship with individual clubs on campus.

And part of that plan will include involving a new generation of Colonels. As the student orientation coordinator, she plans to help carve the path of adventure to incoming first-year students. Not only will she be working with these new Colonels at orientation, but she’ll also serve as their resident assistant in Evans Hall. “I think I work best with first-year students, hence the other things I’m involved with. I just can’t wait to go back,” she says.

Creating meaningful relationships with these first-year students is part of the goal for Guerrero, something she herself has found impactful to her time at Wilkes. Listing many faculty and staff members as mentors, she notes Jeanne Rabel of student advising success services and Melissa Howells, director of student development as critical players in her Wilkes journey. Guerrero also explains that the support of peers makes all the difference. Nursing graduate Megan Kramer ’19 had served as a friend and role model to Guerrero, being a listening ear and a helpful friend for studying.

As she prepares for an eventful summer and academic year, Guerrero explains, “You never know what’s around the corner.”

May 16, 2022
This form needs Javascript to display, which your browser doesn't support. Sign up here instead