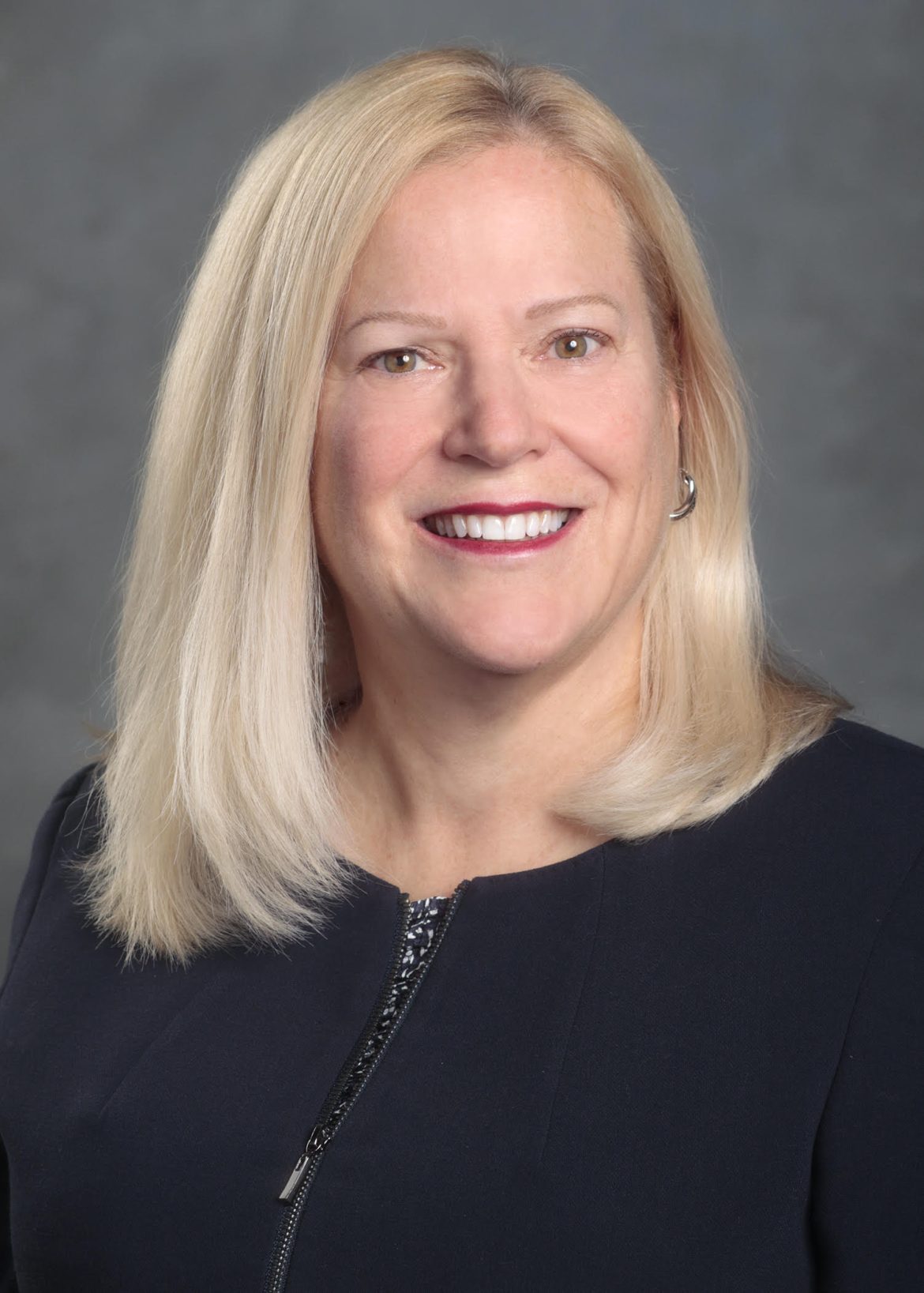 Hirther is the second Passan School of Nursing faculty member to be receive the award in recent years.

In recognition of her excellence in clinical practice, Dr. Kathleen Hirthler, associate professor of nursing at Wilkes University, is being honored by the American Association of Nurse Practitioners® as the 2023 recipient of the AANP State Award for Excellence in Pennsylvania. Each year nurse practitioners across the nation are nominated by their colleagues to receive this prestigious award.

This is the second time a Passan School of Nursing faculty member has been recognized with the award. Dr. Eugene Lucas, associate professor of nursing, was a recipient in 2017.

Hirthler joined Wilkes in 2010 and served in a variety of roles in the Passan School of Nursing, including as chair of graduate nursing programs. In 2018 she was recognized by the University with the President’s Award for Excellence in Innovation, recognizing her efforts in promoting programs, ideas and sustainable practices. Hirthler has developed five new graduate nursing programs at Wilkes including the University’s first Ph.D.

She has nearly 25 years of experience as a board-certified family nurse practitioner with clinical and scholarship interest in adult health, chronic disease management and health care informatics. In addition to her role at Wilkes, Hirthler provides direct patient care at Volunteers in Medicine, a free health clinic for the working uninsured in Luzerne County. She is also an on-site evaluator for the Commission on Collegiate Nursing Education and a member of the American Association of Nurse Practitioners, the Pennsylvania Coalition of Nurse Practitioners, Nurse Practitioners of Northeastern Pennsylvania and Sigma Theta Tau International. Hirthler lives in Shavertown, Pennsylvania, with her husband, Michael. They have two adult children, Mary and Michael.

The AANP State Award for Excellence was established in 1993 and is given to an NP in each state who demonstrates excellence in clinical care. In 1993, the AANP Advocate State Award for Excellence was added to highlight the efforts of individuals who have made a significant contribution toward increasing the awareness and recognition of NPs. Awards are distributed to the recipients throughout the year, with recipients honored during the annual AANP national conference. AANP is the largest professional association for NPs of all specialties, with more than 121,000 members and headquarters in Texas and Washington, D.C.

The Passan School of Nursing offers the bachelor of science in nursing in both a traditional four-year format, as well as an accelerated format for those who already have a bachelor’s degree in another discipline. Wilkes offers online master’s degrees in adult-gerontology primary care nurse practitioner, family nurse practitioner and psychiatric/mental health nurse practitioner. Terminal degrees include the doctor of nursing practice and the region’s first Ph.D. in nursing, launched in 2017. All graduate programs are conducted in an online format.

“Be the Change You Want to See In the World” is Theme for MLK Jr. Celebration