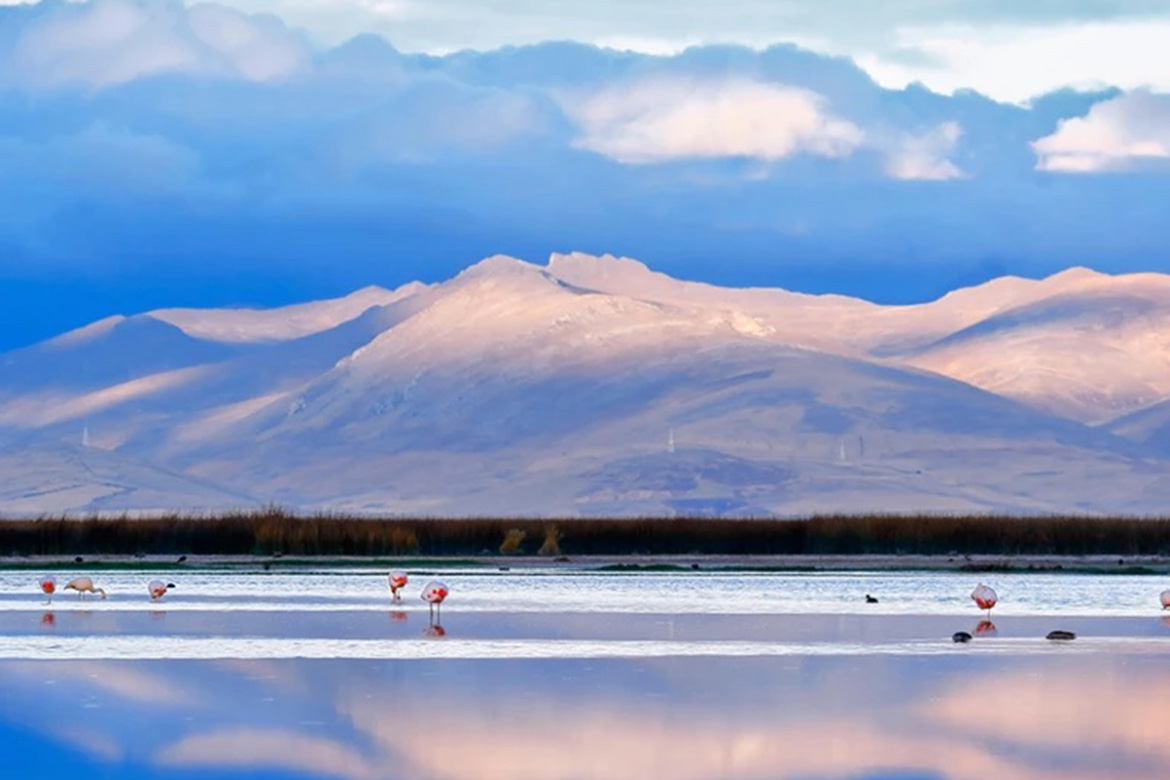 Finkendbinder was part of an international team of 30 scientists who collected a 100-meter deep sediment core from beneath Lake Junin (pictured), high in the Peruvian Andes.

Matthew S. Finkenbinder, Wilkes University associate professor of geology, was part of a team of scientists who published “700,000 years of tropical Andean glaciation” in Nature, regarded as the world’s leading journal of peer-reviewed science research.

The paper, led by Donald T. Rodbell of Union College, is based on data from fieldwork in 2015 when Rodbell led an international team of 30 scientists who collected a 100-meter deep sediment core from beneath Lake Junin, high in the Peruvian Andes. The researchers found that glaciers in the tropical Andes mountains have been in sync with polar ice extent in Antarctica and the Arctic for nearly a million years. For the first time, scientists can show that greenhouse gases have dragged the tropics—not just the polar regions—into synchronous climate change over much of the last million years.

“That was a large project that I started working on as a postdoctoral student at the University of Pittsburgh,” said Finkenbinder. “We reconstructed the advance and retreat of glaciers in the Peruvian Andes, and linked that to the variations in the extent of the Greenland ice sheet.”

Find out more about Matthew Finkenbinder:

November 30, 2022
This form needs Javascript to display, which your browser doesn't support. Sign up here instead