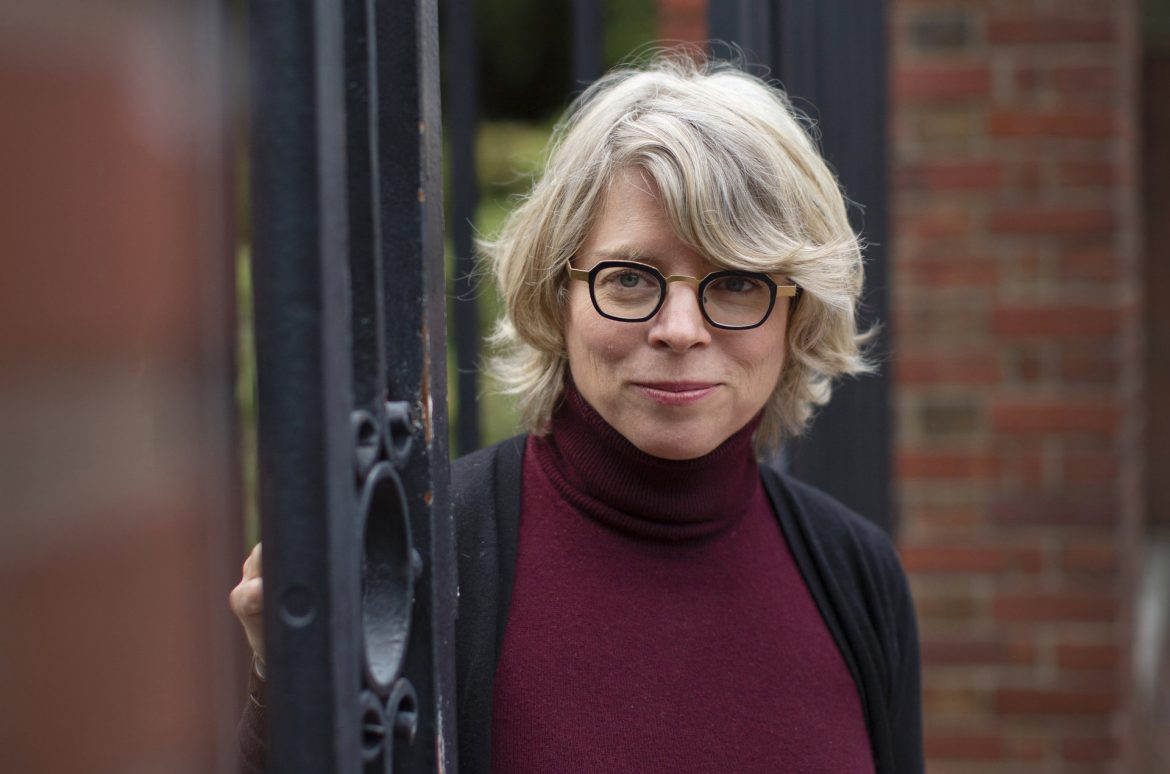 Jill Lepore is the David Woods Kemper ’41 Professor of American History at Harvard University. She is pictured along the gates of Harvard Yard. Stephanie Mitchell/Harvard Staff Photographer

Award-winning writer and historian Jill Lepore will deliver the Wilkes University Max Rosenn Lecture in Law and Humanities at 2 p.m. on Sunday, March 26, 2023, at the Dorothy Dickson Darte Center for the Performing Arts.

A bestselling author, journalist and professor of history, Lepore’s books and essays explore absences and asymmetries in the historical record. Her popular podcasts examine themes including “Who killed truth?” and “the rise of doubt.”

She once wrote “History is the art of making an argument about the past by telling a story accountable to evidence.” Lively, funny, and argumentative, Lepore’s books have been described as surprising and enlightening, as well as elegant, sobering, beautifully written and intellectually rigorous.

Lepore is the David Woods Kemper Professor of American History and Affiliate Professor of Law at Harvard University. She is also a staff writer at The New Yorker. Other essays and reviews have appeared in The New York Times, Times Literary Supplement, Foreign Affairs, Yale Law Journal, American Scholar, and American Quarterly. Her works have been widely translated and anthologized.

The Max Rosenn Lecture in Law and Humanities was established at Wilkes University in 1980 in recognition of Judge Rosenn’s exceptional contributions to public service. It was established by his former law clerks, his law firm, Rosenn, Jenkins & Greenwald, family and friends. Past speakers include Jon Meacham, Terry Gross, Kareem Abdul-Jabbar, Bryan Stevenson, Anna Deavere Smith, Cory Booker and Bob Woodward. The Rosenn Lecture is free and open to the public, though registration is requested. Register online at wilkes.edu/rosenn.