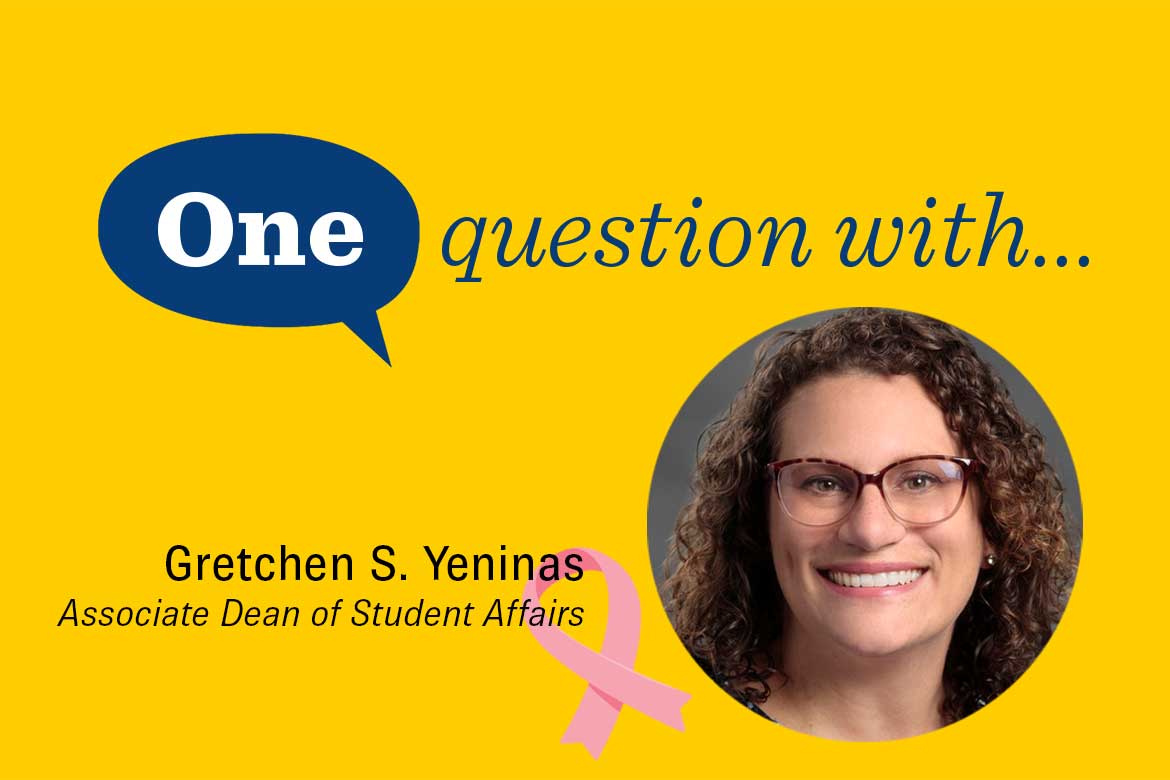 As a breast cancer survivor, what advice do you have for others in monitoring their own health?

I was 41 and just had my second mammogram when my cancer was found. And despite it being Stage 2–relatively early—I was able to feel the tumor and should have spoken up sooner. It’s difficult to know when something isn’t normal, but you certainly know when something has changed on your own body. I didn’t think the lump I felt was “that bad,” but had I ignored it or not gotten my routine mammogram done, I hate to think of what could have happened.

As a survivor, the advice I have for others is to take advantage of preventative testing. A mammogram is still the best first step to monitor your health according to the American Cancer Society. It doesn’t hurt—ok, it’s uncomfortable—but it only takes a few minutes. Those few minutes spent are worth it if it means knowing about a tumor early and being able to beat a disease that has reported improved survival rates.

According to recent reports, we have made huge strides in monitoring and combating breast cancer. Survival rates are increasing—between 1989 and 2020 there was a 43% drop in the death rate. Treatments are more targeted and have better results. Had I been diagnosed 25 years ago, it’s likely I would have had to do a double mastectomy and had radiation as a broad attack on the cancer, which can cause a range of side effects. Because of the advances in medicine, a mastectomy was still necessary, but chemotherapy was enough for my treatment.

The same report that boasts that the death rates are dropping (good news!) also shares that this isn’t true across races (bad news!). Diagnoses are lower and the death rate is higher among black women. This isn’t a disease that discriminates and it’s discouraging to hear that many women don’t have the chance to have positive outcome I had.

Gretchen S. Yeninas is associate dean of student affairs and has been at Wilkes University for more than 20 years. She earned her bachelor’s degree from Elizabethtown College, her master’s degree from the University of Scranton and her Master of Arts degree in Creative Writing from Wilkes University. Dean Yeninas is located on the second floor of Passan Hall and can be reached at gretchen.yeninas@wilkes.edu.