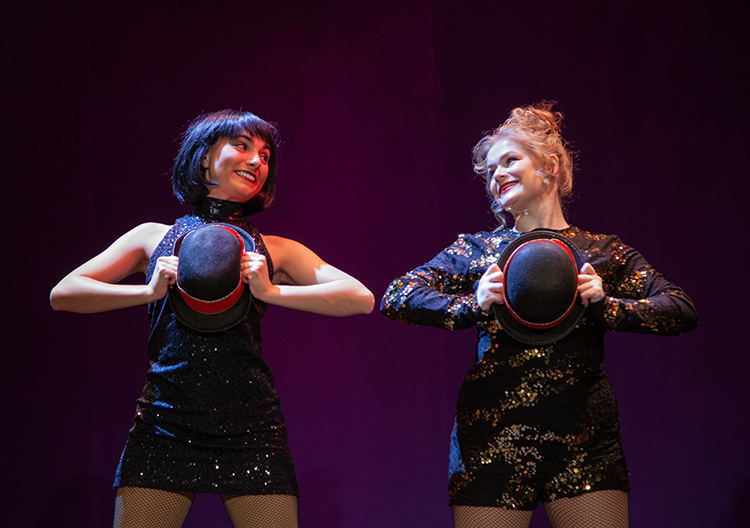 Wilkes University Theatre presents “Chicago,” a dazzling and heart-stirring musical with music by John Kander, lyrics by Fred Ebb, and book by Ebb and Bob Fosse. Performances will be held on April 8, 9 and 10 at the Dorothy Dickson Darte Center for the Performing Arts, 239 S. River St., Wilkes-Barre, Pa.

This will mark the final Wilkes production of director Joseph C. Dawson, associate dean of the College of the Arts, Humanities and Social Sciences and associate professor of theater, before his retirement at the end of the academic year. Dawson joined Wilkes in 1994 and has directed over 50 main stage shows.

In roaring twenties Chicago, chorus girl Roxie Hart murders a faithless lover and convinces her hapless husband, Amos, to take the rap… until he finds out he’s been duped and turns on Roxie. Convicted and sent to death row, Roxie and another “Merry Murderess,” Velma Kelly, vie for the spotlight and the headlines, ultimately joining forces in search of the American dream: fame, fortune and acquittal. This sharp-edged satire features a dazzling score that sparked immortal staging by Bob Fosse.

Chicago first opened on Broadway at the 46th Street Theatre in New York City on June 3, 1975. The production, directed and choreographed by Bob Fosse, ran for 936 performances. On Nov. 14, 1996, a revival of the show opened on Broadway at the Richard Rodgers Theatre. It later transferred to Shubert Theatre, and then to the Ambassador Theatre, where, more than two decades later, it continues to run, logging nearly 10,000 performances.

Tickets are $15 general admission, $10 for students and senior citizens and free for Wilkes students, faculty and staff. Parking, including handicapped-accessible options, are available behind the Henry Student Center located at 84 W. South St., Wilkes-Barre.