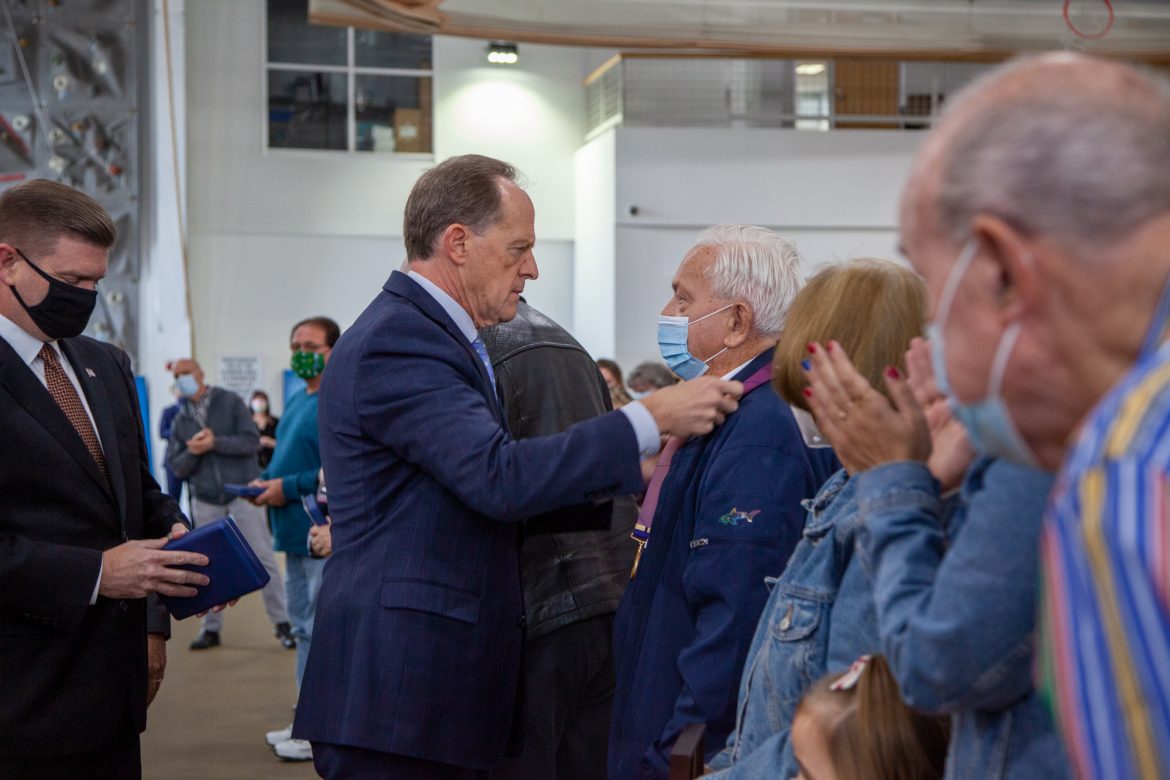 U.S. Sen. Pat Toomey places the Korean Ambassador for Peace Medal around the neck of a Korean War veteran during the Veterans Day event at Wilkes University.

Nine Korean War veterans were present to accept the medals from Senators Toomey and Yudichak, and nine others were presented posthumously. The event was attended by veterans and their families, members of the Wilkes Veterans Council, Wilkes-Barre Mayor George C. Brown, members of the AFROTC Detachment 752, Wilkes staff and faculty, and the community.