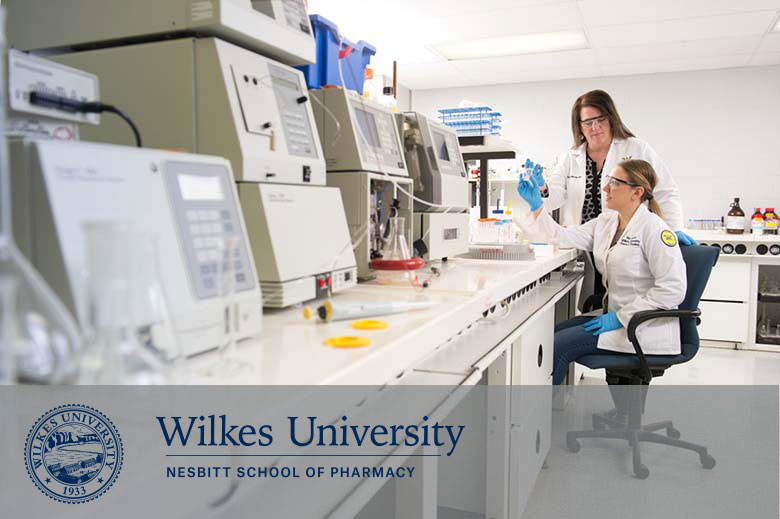 Graduates from the Wilkes University Nesbitt School of Pharmacy achieved a pass rate that exceeds the national and state averages on the North American Pharmacist Licensure Examination (NAPLEX) and the Multistate Pharmacy Jurisprudence Examination (MPJE). Wilkes Pharm.D. graduates who took the NAPLEX for the first time earned a 95.52 percent pass rate. The MPJE pass rate for Wilkes pharmacy graduates taking the Pennsylvania exam for the first time was 91.23 percent. Testing occurred from May through August 2019.

The NAPLEX is the national test that measures graduate readiness to practice pharmacy. It is just one component of the licensure process and is used by the boards of pharmacy as part of their assessment of a candidate’s competence to practice as a pharmacist. The first-time national passing average of the NAPLEX is 90.59 percent with a Pennsylvania state average of 93.74 percent.  More than 13,000 Pharm.D. candidates took the exam.

The MPJE is a pharmacy law examination created by the National Association of Boards of Pharmacy to help individual state boards of pharmacy assess the competency and knowledge of pharmacy law. The average national pass rate for those taking the MPJE for the first time was 84.21 percent.

“These results continue a long legacy of high performance on these exams. I am proud that our graduates continue to exceed state and national averages,” said Scott Stolte, dean of the Nesbitt School of Pharmacy. “These pass rates are an important example of why the Nesbitt School of Pharmacy has a national reputation for providing exemplary education for its students.”

Founded in 1996, the Nesbitt School of Pharmacy is the region’s only school of pharmacy. The school develops pharmacists who will provide high-quality health care and make meaningful contributions to the science and practice of pharmacy. The school awards the doctor of pharmacy degree, the primary, entry-level pharmacy practice degree in the United States. For more information about the Nesbitt School of Pharmacy visit, www.wilkes.edu/pharmacy.

Your Future Career is Just a Handshake Away