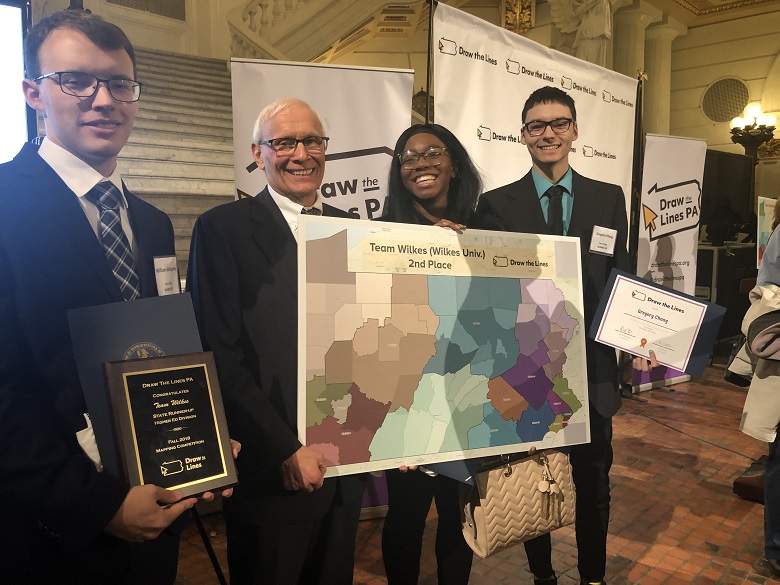 The strategy served team Wilkes well as they were one of 318 map submissions for the competition. The state champion in the higher education category was “Team Geography 421” from Penn State.

Draw The Lines is a project of the Committee of Seventy, a government nonprofit based in Philadelphia. Its three-year initiative is to inform and engage Pennsylvanians about the topic of gerrymandering and democratic reform. Each Draw The Lines region has its own nonpartisan steering committee, made up of civic, education and business leaders from that region.