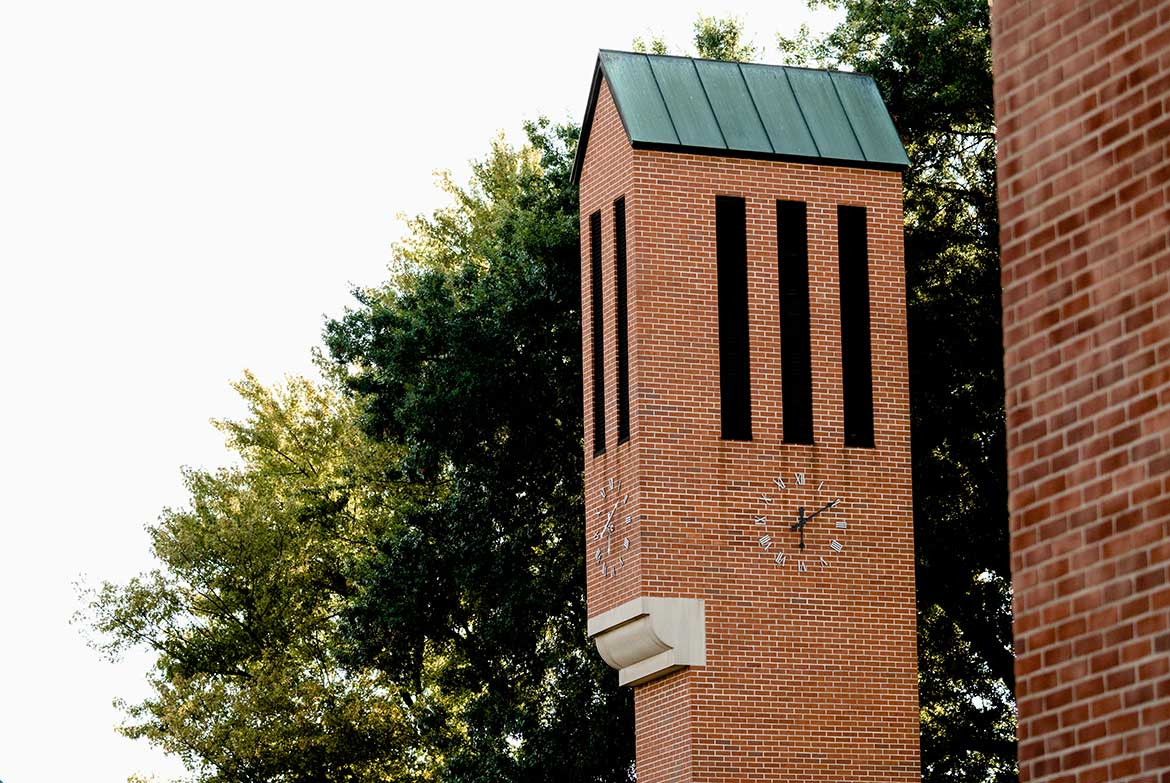 The Burns Bell Tower on the Wilkes University campus.

Have you ever wondered why Wilkes University’s Alma Mater plays from the Burns Bell Tower everyday at noon? This symbolic gesture has an important history, and only resumed as of recently.

Then, for some reason, the Burns Bell Tower no longer played the song—that is, until the pandemic disrupted the world.

“When we were going through COVID-19 and everybody had left campus, for me, it seemed like a good call that we would commit to playing the alma mater everyday at noon as a reminder that we’re going to bring everybody back to campus,” said Paul Adams ’77, alumnus, current doctoral education faculty and recently retired vice president of Student Affairs.

“Of course we did come back and people responded well to it, and still seem to appreciate it and listen for it,” said Adams. “It gets everyone familiar with the tune and words of the alma mater.”

As for the alma mater itself, it has undergone some changes from its creation. Its roots are from when Wilkes University was originally Bucknell University Junior College.

The alma mater was written by Eleanor Coates Farley, the wife of the first president of the University, Eugene S. Farley. The words Mrs. Farley’s initially wrote were related to Bucknell University Junior College. While the words have been adapted a few times over the years, the tune has been consistent.

“The alma mater was written long ago, and playing it through bell tower at noon was just a way for us to be able to share it and create a tradition with the campus community,” said Adams.

Some other places people can hear the alma mater being played are at the end of every football game by the pep band, during occasional ceremonies on campus, and at commencement, for which graduates learn the alma mater so they can sing it during the ceremony.

“We look for things that bind us together and alma mater means ‘our mother’ in Latin so it’s the commitment we share to our mother institution,” said Adams. “We look for things that help us feel connected and so an alma mater is a means that colleges or universities or your high school would have made use of to create that common bond for its students and members of its community.”

Playing the alma mater from the Burns Bell Tower is a tradition which will hopefully continue for years to come.

View the lyrics of the Wilkes University Alma Mater

December 2, 2022
This form needs Javascript to display, which your browser doesn't support. Sign up here instead