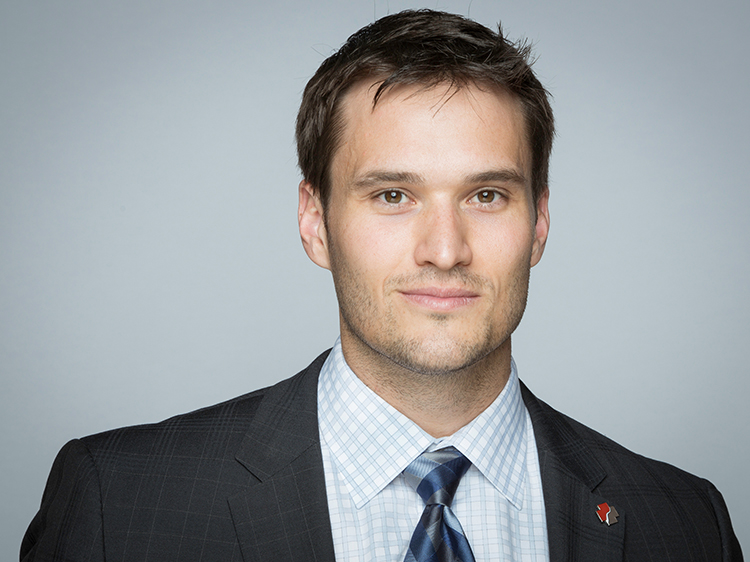 Jake Wood, co-founder and executive chairman of Team Rubicon and CEO of Groundswell, will deliver the Allan P. Kirby Lecture in Free Enterprise and Entrepreneurship at Wilkes University on Tuesday, Oct. 11. Wood, a former Marine scout sniper and University of Wisconsin football player, will present Conquering Chaos at 7 p.m. at the Dorothy Dickson Darte Center for the Performing Arts, 239 S. River St., Wilkes-Barre, Pa. A book signing will conclude the lecture.

The event will also be livestreamed for those who cannot attend in person.

Wood was originally intended to give the Kirby Lecture in Nov. 2018. Due to inclement weather, the lecture was canceled. In the spirit of entrepreneurial thinking, Wood quickly reacted, providing informal remarks to Wilkes students earlier in the day.

Wood is an award-winning entrepreneur, two-time author and recognized expert on topics of leadership, organizational culture and crisis management. He recently founded Groundswell, a revolutionary venture-backed financial technology company that is looking to disrupt philanthropy and employee compensation by making personal charitable foundations as common as 401(k)s. Groundswell believes that everyone should be able to give like Gates, get taxed like Buffett and get recognized like Rockefeller.

Wood is also the founder and executive chairman of Team Rubicon – the fastest growing and most innovative disaster response organization in the world. Since 2010, Team Rubicon has grown to over 150,000 volunteers and responded to nearly 1,000 crises around the world and the United States. Under Wood’s leadership, Team Rubicon developed a reputation for its corporate culture, and was named one of the top nonprofits to work for in America five times.

Prior to Team Rubicon, Wood served as a Marine Corps scout-sniper with combat tours in Iraq and Afghanistan and was a varsity football player for the Wisconsin Badgers. He is the author of Once A Warrior, a memoir detailing his time in war and disaster zones around the world that legendary journalist Tom Brokaw said was “the book America needs right now.”

Wood received the Pat Tillman Award for Service at the 2018 ESPYS Awards. The award pays tribute to Pat Tillman’s perseverance and determination as both a sportsman and a soldier. It honors an individual with a strong connection to sports who has served others in a way that echoes Tillman’s legacy. Like Wood, Tillman was a professional football player who enlisted in the United States Army in June 2002 and was unfortunately killed in 2004.

Wood was a freshman offensive lineman with the Wisconsin Badgers when the Twin Towers fell on September 11, 2001. Inspired by the first responders who risked their lives while trying to help others, and by former Arizona Cardinal Pat Tillman’s selfless sacrifice, Wood joined the United States Marine Corps. Wood served four years in Iraq and Afghanistan as a sergeant and a scout sniper. He also earned the Navy-Marine Commendation Medal. He was honorably discharged from the Marines in 2009.

Wood has briefed President Obama on veterans’ issues, met with former Presidents Bush and Clinton on veteran transition and disaster response and testified before a Senate committee to improve mental health care services for returning veterans. He has also appeared in the major media, including MSNBC, CNN, NBC, ABC, Al Jazeera, US News & World Report, Forbes, Fox News and penned an op-ed for The New York Times.