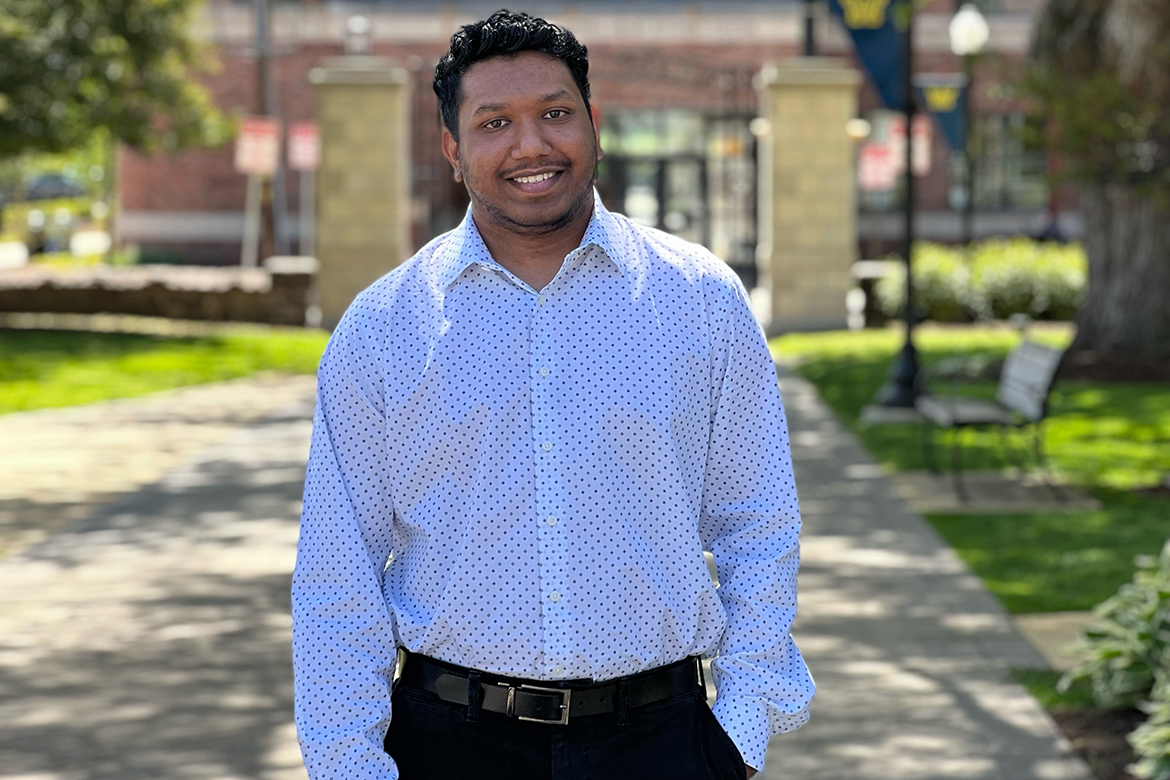 One of 33 student veterans receiving the honor across the nation, Bradley, a P2 student in the PharmD program, was featured in the publication’s August issue.

The award recognizes student veterans who make a positive impact on their campus and in their community. Criteria for receiving the award include academic achievement, volunteerism on and off-campus, participation in campus activities, mentoring other students and student veterans, and working to bridge the cultural gap between student veterans and non-veteran students and faculty.

This marks the third consecutive year that a Wilkes University student has appeared on the Student Veteran Leadership Award list.

In addition to meeting the academic challenges of the PharmD program, Bradley plays an active role on campus. He serves as the vice president of Veterans Council. He’s also a member of Student Government, the Kappa Psi pharmacy fraternity and the American Pharmacists Association (APhA).

“Just knowing the type of person Dillon is and his commitment to military and civilian service puts him in the upper echelon of any category,” says Justin Collins, director of admissions and student affairs for the Nesbitt School of Pharmacy. “He’s always one of my go-to guys.”

Prior to enrolling at Wilkes, Bradley served with the U.S. Marine Corps at Paris Island and in Kuwait. He knows that coming home to civilian life can be a challenge after serving the country. “I wanted to show that school and society welcomed me back,” says Bradley. “I wanted to give back to my brothers.”

He chose to give back by working with the Valor Clinic Foundation, an organization that supports the area’s homeless veterans. He participates in community stand-downs, events where homeless veterans can receive food, clothing and much-needed resources. Bradley also encourages other students to get involved. “Leading by example, that’s what we learn in the military,” he says.

As the school year approaches, Bradley focuses on additional opportunities to serve. He plans to work closely with the Air Force ROTC, as well as other groups and individuals on campus, to increase awareness and support of veterans’ issues among members of the campus community.

Bradley will participate in the Kisses to Cancer 5K on Saturday, Oct. 1. This homecoming weekend event will raise funds in memory of Major Candice Adams Ismirle, a 2003 Wilkes graduate who died of breast cancer in 2016. He’s also thinking about plans for the University’s annual Veterans Day observance, a revered tradition on campus.

Ret. Lt. Col. Mark Kaster, veterans’ counselor, takes pride in a Wilkes student earning the Student Veteran Leadership Award again in 2022. “For Wilkes, having three in a row is strong,” says Kaster. He notes Bradley’s service and anticipates even more in the coming year. “He’s active with homeless veterans downtown. I appreciate his support of veterans on campus and in the community. That’s a commitment.”

Though Bradley’s proud of the honor, for him, it’s about service first. “It means a lot to me to see that the work I put in is coming to fruition.”

December 15, 2022
This form needs Javascript to display, which your browser doesn't support. Sign up here instead