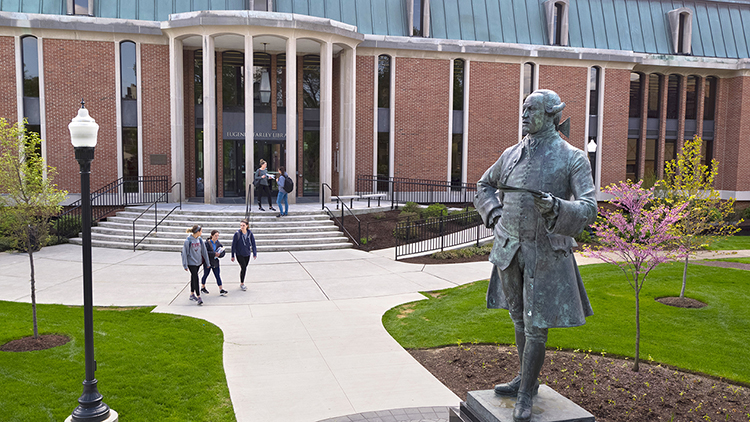 New in 2022 is the U.S. News and World Report ranking of Bachelor of Science in Nursing programs. Wilkes ranks 388 of 694 institutions. In 2021, Wilkes conferred 236 total nursing degrees, including 91 at the bachelor’s level. In addition:

In 2020, Wilkes was recognized by the Brookings Institution for helping students improve their economic standing and income after graduation. Wilkes was ranked 14th overall among all colleges and universities and sixth among selective four-year private colleges and universities of its size for helping students from middle-class families raise their income level over previous generations.

Wilkes University is a private, independent, non-sectarian institution of higher education dedicated to academic and intellectual excellence through mentoring in the liberal arts, sciences and professional programs. Founded in 1933, Wilkes is on a mission to create one of the nation’s finest doctoral universities, offering all of the programs, activities and opportunities of a large university in the intimate, caring and mentoring environment of a small college, open to all who show promise. The Brookings Institution ranked Wilkes 14th in the nation for middle-class mobility. In addition to 45 majors, Wilkes offers 24 master’s degree programs and five doctoral/terminal degree programs, including the doctor of philosophy in nursing, doctor of nursing practice, doctor of education, doctor of pharmacy, and master of fine arts in creative writing. Learn more at www.wilkes.edu.