New Book Explores the Stories of Lesbian and Queer Sisters 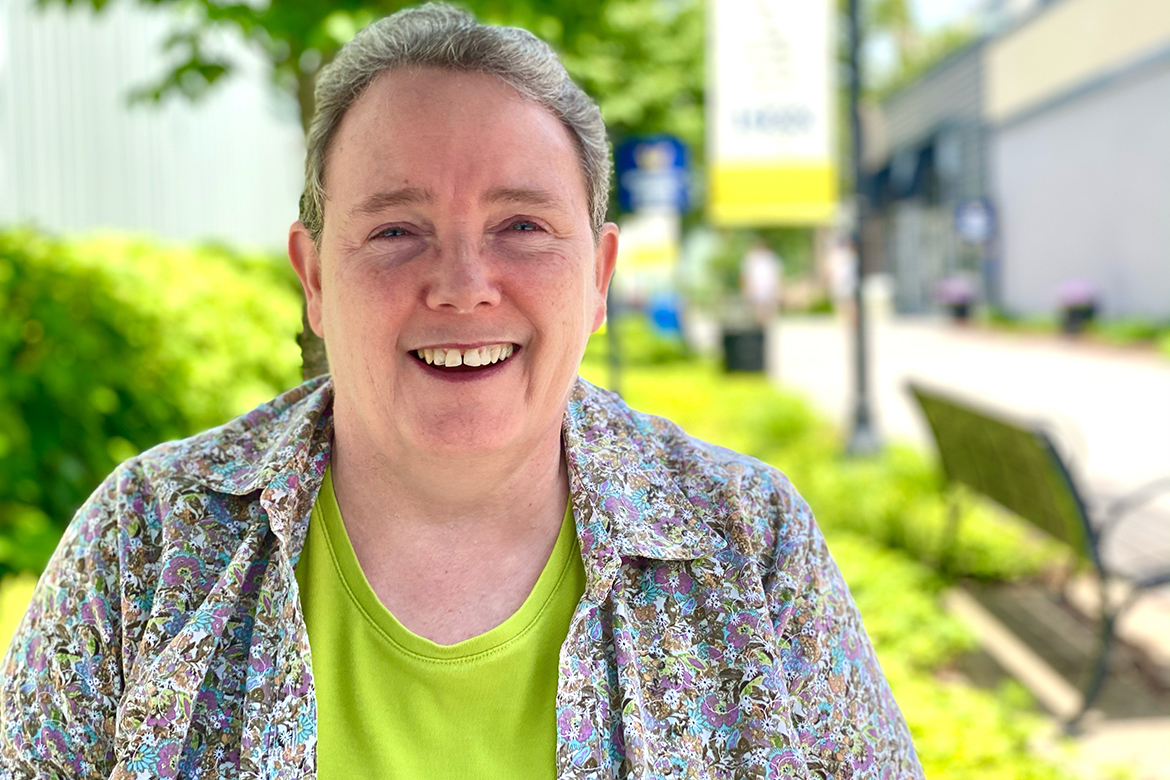 Dr. Grace Surdovel edited and contributed to the recently-published anthology “Love Tenderly,” a collection of powerful stories written by 23 lesbian and queer sisters of the Catholic church.

Growing up in Carbondale, Pa., Surdovel didn’t attend Catholic School, but was always intrigued by the sisters at her local parish who taught students and also served God. So later when she attended Marywood University and was taught by members of the IHM Congregation of Sisters, she knew that she wanted to join their community, serve God and become a teacher. “I just knew it was right,” she said.

During her college years at Marywood she also came to the realization that she was a lesbian. But at the same time, she also felt God calling her to religious life. Knowing that a committed lesbian relationship and a committed religious life are very different life-paths, she decided to enter a three-year initial formation program given by the IHM. As she says in her book, it was “the only way to truly know if God was calling me to religious life.”

Once in the program, Surdovel knew she was on the right track. But she still hadn’t quite reconciled being a lesbian woman while also being a sister. A sister-mentor from Marywood, who was also a trained clinician, could sense her struggle and recommended counseling. Surdovel thought that if she shared her self-realization that she was a lesbian, she would be asked to leave the program, but the opposite was true. “I could not have been more wrong,” Surdovel writes. “The process of collaborative therapy helped me to come to a place of wellness and self-acceptance,” and eventually led to her coming out a few years later. “A key experience was recognizing my deeply held shame because of my sexual orientation,” she said.  It was then that she realized that by embracing her lesbian identity, she could assist those also struggling to fully embrace their own orientation.

It was this breakthrough that years later would bring the “Love Tenderly” anthology to fruition. Jeannine Gramick, the co-founder of New Ways Ministry, an organization in Baltimore that works for justice and reconciliation of LGBTQ Catholics and the church, had been trying for years to get the book published, but didn’t have the technological savvy or connections to get it printed. That’s where Surdovel could help. As the program coordinator for the Instructional Technology master’s level program at Wilkes, and her years writing and teaching technological courses, it was the perfect fit. “Our congregation published books before, so we were able to help get it done.” Surdovel and Gramick worked together to gather the stories of the sisters, some older and some younger, some who shared their names and some who used pseudonyms to protect their identities, but who all shared the same experience of ultimately owning who they are. Surdovel edited all the content into one volume, and another sister helped New Ways Ministry publish it in the spring of 2020.

Since its publication, the responses to “Love Tenderly,” have been overwhelming. The 23 deeply personal stories of ultimate self-acceptance by the lesbian and queer sisters have inspired others from all over the world to come forward, ask questions, and for some, to come out. Surdovel recounted, “A clinical psychologist found out about the book and recommended it to a young woman who wanted to be a sister but had trouble reconciling also being a lesbian. I said ‘we’re your people!’ I was able to connect her with Sister Jeannine and now the young woman is very happy and on the right path.”

Surdovel said she and the group of sisters featured in the book have counseled people from diverse religions and backgrounds who struggle with owning their truth. “This is so much bigger than Catholicism,” she said. “It’s about people having the confidence to accept their truth in the face of difficulty, and doing it anyway. If they know that 23 sisters did it, they can do it too.”

Surdovel is glad her book has started a conversation. “That’s why we did it. To keep the conversation going. And that we need to look at more than just one piece of a person. I’m a whole lot of stuff. Being lesbian is just one little piece. We all need to look at the whole picture.” Surdovel encourages anyone who is questioning their identity to read the book, check out the helpful links below, or to contact her directly at grace.surdovel@wilkes.edu. “We’ve got your back. We’re here. So do it, be authentic, you’re going to feel a heck of a lot better and know that we’ll support you.”

Interview with ‘The Lighthouse”