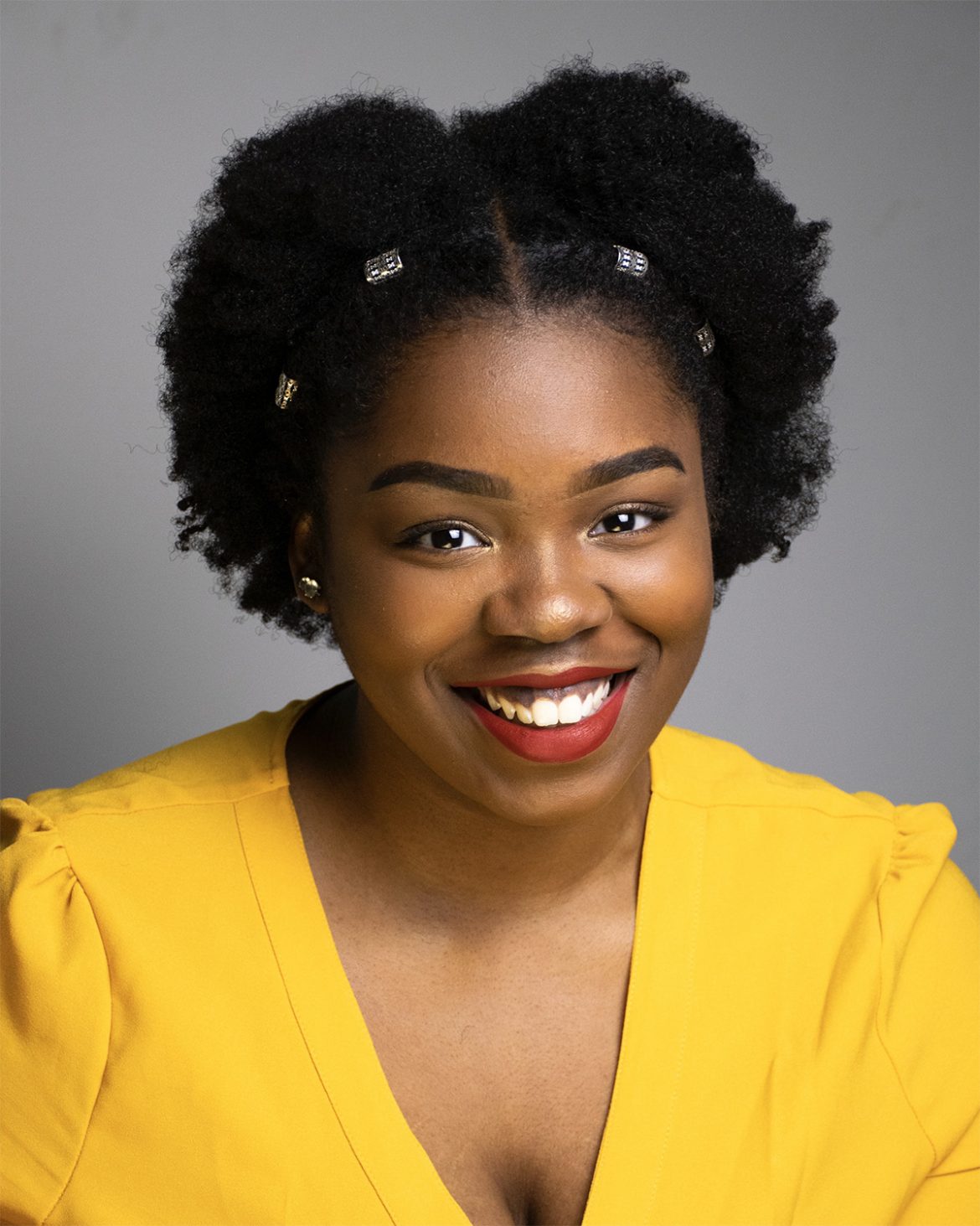 Wilkes senior musical theatre major Brianna Rowland is used to playing many roles. On stage with Wilkes University Theatre, she’s been characters in shows like “A Chorus Line,” “Clybourne Park,” and “Nine.” But Rowland has been equally adept at stepping into many roles in the campus community, taking on leadership positions as president of the Multicultural Student Coalition and as a lead ambassador in the Admissions Office.

Rowland’s path to Wilkes began when she participated in the National Unified Auditions. At the auditions, students vying for admission to college and university theatre programs come to a single location to try out for multiple programs at one time. At the unified audition held at Rowan University in New Jersey, Rowland learned about Wilkes for the first time. Since becoming a Colonel, she is quick to point out the advantages of a small university – a point of view she shares with prospective students through her work in the admissions office.

“I always tell them, it’s nice because it’s small. You’re not a number,” says the Pennsauken, N.J., resident. “Your professors know you. They do their best to try to understand and help you. I feel like you get that special attention when you reach out to your professors.”

She also praises the experience she’s had in the Bachelor of Fine Arts program in musical theatre, where students gain experience performing and in stage management, props, lighting, set construction and more. “They want us to be well-rounded. We’re covering all the bases,” Rowland says. A dancer since childhood, she notes that Wilkes’ dance program might be her favorite part of the musical theatre major. It’s allowing her to do choreography, a skill she hopes to use professionally after graduation.

Rowland has worked in the admissions office since the second semester of her freshman year. Her work there has included giving tours, speaking at high schools and running the Colonel Overnight program in which prospective students stay in a residence hall with a Wilkes student, attend classes and get a taste of campus life. She relishes coordinating the many facets of the overnight experience, which may be on hiatus due to restrictions imposed by the pandemic.

“I love it – I like organizing. That’s why I have the hospitality minor,” she says, referencing the hospitality leadership program offered in the Sidhu School of Business and Leadership. The program prepares students for leadership roles in settings such as hotels, conventions, sports venues and more.

Although Rowland is used to being a spokesperson for Wilkes in her admissions role, the last few months have found her becoming the campus voice for issues related to racial justice as president of the Multicultural Student Coalition. In the aftermath of the shootings of George Floyd and Breonna Taylor, Rowland helped to lead a virtual town hall meeting on Zoom in June for the campus community. Black students shared their life experiences dealing with micro- and macro-aggressions related to race and members of the University community committed to continuing a dialogue about racial justice at Wilkes and beyond. Rowland says that in addition to raising awareness, it is important the people understand that the injustices making headlines are not new.

“In the African American community, we see these issues every day. It’s not a change for us,” says Rowland. “The change is that they’re covering it on the news. I want people to understand that. This is not something that happened overnight. It’s been here and it’s not going anywhere, unless you’re going to change your views – or at least be willing to hear other people’s opinions on the topic.”

Continuing the dialogue on campus is a priority this fall. Rowland says she has received support from the executive committee of Student Government on which she serves and from Kevin Long, Student Government president. The executive committee issued a statement affirming its commitment to racial justice and issuing a call to action for members of the campus community to educate themselves about the issues. And on Friday, Sept. 25, the Multicultural Student Coalition will host a silent protest at various campus locations for members of the Wilkes community.

“The topic is very uncomfortable, but we have to get used to being uncomfortable in order to move things forward,” says Rowland.

Rowland says the Multicultural Student Coalition is meeting with campus police to open a dialogue about interactions between police and students of color. Wilkes’ Office of Diversity Affairs will be holding workshops with faculty and staff to educate about micro- and macro-aggressions against students of color. While she feels positive about the commitment being shown on campus, she notes that Americans only seem to be spurred to action by crises such as the recent shootings and hopes that this time the momentum for positive change might continue.

In her own student experience, Rowland has seen the positive benefits of an ongoing dialogue that grows out of people sharing their stories. She saw it in one of the first classes she took at Wilkes, the First-Year Foundations course called “Be The Change.” “I loved that class,” she says.  The final class project involved interviewing a veteran to create an oral history. She interviewed a veteran’s wife to learn his story. Three years later, their conversation continues.

“I still email her and we’ve stayed in touch until this day,” Rowland says.