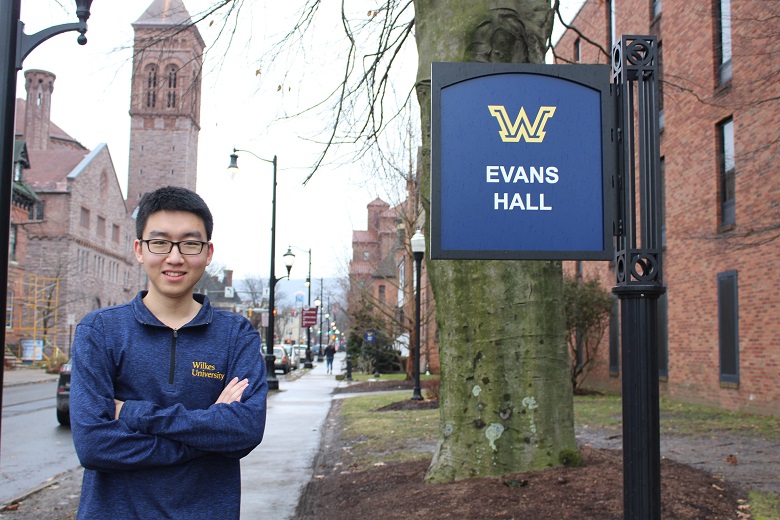 Senior Simon Chu was a resident assistant during his time at Wilkes. The math and computer science major will pursue a doctorate in software engineering at Carnegie Mellon University after graduation.

Activities and Achievements: Chu was a resident assistant throughout his college career.  He also was president of Math and Computer Science Club as a junior and secretary of the Asian Cultural Society as a sophomore. He served as a first-year student E-Mentor, assisting new students to make the transition to college academically and socially. A Dean’s List student for seven consecutive semesters, he took second and third place in Integration Bee competitions.

Noteworthy: As a junior, Chu was selected to participate in Carnegie Mellon University’s Research Experiences for Undergraduates in Software Engineering program in summer 2019. While there, he worked on the DARPA-funded Wyvern programming language with Dr. Jonathan Aldrich, focusing on designing new features for the language to enhance the safety and the expressiveness of the programming language.

At Wilkes during his freshman and sophomore years he was involved with a research project involving machine learning – the modern form of artificial intelligence — under the mentorship of Wilkes faculty Sofya Chepushtanova and Anthony Kapolka in the Math and Computer Science Department. Using a machine learning algorithm call SVM or support vector machine, he developed a system of classifying 2,000 images of animals from an actual veterinarian’s medical records. He wrote an image processing library that allowed others to easily convert the images into various sizes and representations (resolutions, color spaces and data encodings). This machine learning library was being in used in Wilkes undergraduate-level artificial intelligence courses.

Favorite Part of the Wilkes experience: “I love Wilkes’ close-knit community, as well as having professors who truly care about students’ well-being. I also appreciate the opportunities Wilkes has given me during my undergraduate career, including resident assistantship, teaching assistantship and research. The extracurricular activities are transformative, and I was able to make life-long friends and connections through Wilkes’ Math and Computer Science Club and volunteer work at the American Red Cross.”

Future plans:   Chu will pursue a Ph.D. in software engineering at Carnegie Mellon University. He says, “After that, in the long term, I would like to pursue research and development positions in the industry and use my expertise in computer science to do good things for the world.”