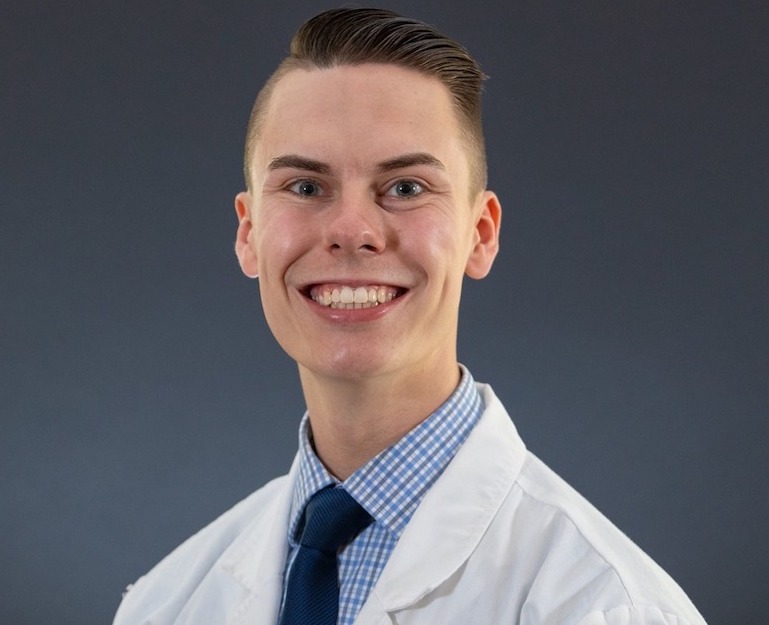 Cody Morcom, who will receive his doctor of pharmacy degree from the Nesbitt School of Pharmacy, has distinguished himself academically and as a campus leader.

Activities and achievements: As a student pharmacist in the Nesbitt School of Pharmacy, Morcom excelled, taking on a variety of leadership roles and garnering accolades. In 2017-2018, he was one of 20 students nationally to participate in the CVS Health Foundation Scholars Program, presented in collaboration with the Pharmacy Quality Alliance. As a scholar, Morcom’s research project, “The Effect of Topical Pain Creams: An Alternative to Prescription Opioids,” focused on the opioid epidemic in the United States and evaluated whether or not topical pain creams can be a successful alternative to oral opioids. The research was presented at the Pharmacy Quality Alliance annual meeting.

Morcom was a campus leader in student government, serving as student body president in 2017-2018. His other positions on student government included executive vice president, executive treasurer and president of the Class of 2018. A first-year student E-Mentor, Morcom also was a resident assistant in Pearsall Hall and University Towers. In that role, he was recognized with the Residence Life Outstanding Service and Dedication Award in 2019 and was Resident Assistant of the Year in 2017. He has served on the Wilkes University Alumni Board of Directors since 2017, first as student body representative and then as a full board member. He received the Wilkes Alumni Association’s Volunteer Award in 2019. Morcom also was a Homecoming team ambassador for four years. He is the student body representative on the Middle States Commission on Higher Education reaccreditation team.

Morcom also was chairman of the Pennsylvania Pharmacists Association student advisory board and treasurer of the organization’s chapter at Wilkes. Morcom was co-coordinator of the 2019 Pennsylvania Pharmacists Care Network national day of service. He served chapter president of the Phi Lambda Sigma Pharmacy Leadership Society. In 2018-2019, Morcom was student body president of the Nesbitt School’s Pharmacy Student Senate. Earlier he served as the Class of 2020’s president in the student senate. A dean’s list student, his awards in the pharmacy school include APPE Excellence Awards in public health service/food and drug administration, internal medicine, institutional pharmacy, community independent, strategic product development/corporate chain management and ambulatory care pharmacy. He was recognized for the best presentation in the 2017 Wilkes University Health Errors Competition. Morcom also took first place, Client Services in the Phi Beta Lambda State Competition in 2016 and 2017. Morcom earned the Eagle Scout Award from the Boy Scouts of America.

Noteworthy: “Serving as the student body president for two different student bodies gave me the opportunity to work with so many excellent classmates and leaders. It showed me the value of collaboration and creativity and reinforced how important it is to surround yourself with people who think differently. I couldn’t have made it through any part of this Wilkes experience without my incredible friends and fellow visionaries.”

Future plans: “After graduating, my classmate, Justine Seymour, and I will become captains and pharmacists within the United States Air Force. We were both fortunate enough to be a part of the Air Force’s Health Professions Scholarship Program, which aided us in getting through pharmacy school. Together, we’ll be serving this great country by working with service members in on-base clinics, pharmacies, and other settings.”

Morcom will be working at Dover Air Force Base in Dover, Del., with the 436th Medical Group.